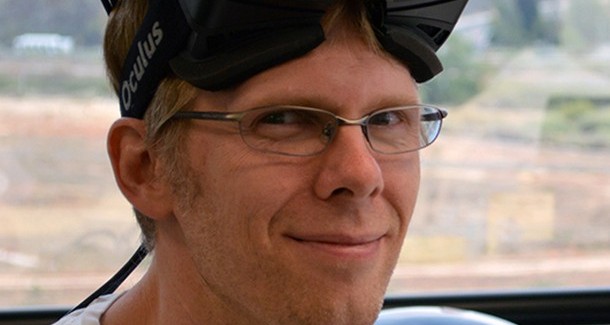 Oculus VR began planning back in 2009 and has since expanded greatly with the help of immense funding from various sources, including a successful Kickstarter campaign, and Section A and B funding. This is one of the hottest game start-ups in years, and it is definitely going to prove to make its mark. This is why Oculus wanted to bring on one of the biggest brains when it comes to the gaming industry – John Carmack. He has been brought over from id Software, after helping to program games like Quake and Doom.

Carmack has been in the gaming industry for years now. He stated: “I have fond memories of the development work that led to a lot of great things in modern gaming — the intensity of the first-person experience, LAN and Internet play, game mods, and so on, duct-taping a strap and hot gluing sensors onto Palmer’s early prototype Rift and writing the code to drive it ranks right up there. Now is a special time. I believe that VR will have a huge impact in the coming years, but everyone working today is a pioneer.”

He really believes in the Oculus Rift product, and he wants to do what he can to help it become successful. With him on their side as the chief technology officer, it is easy to see that the Oculus Rift will have a huge rate of success.

Why Oculus Wanted Carmack On Their Team

So, just why did Oculus demand to have John Carmack on their team? They found him to be a pure technical genius, and they also found that he had quite a passion for problem-solving. He has been able to solve even the most complex and technical problems and has proven to be a great asset to other development companies out there.

Is This the Change that Virtual Reality Gamers Have Been Dreaming About?

With the Oculus Rift device, virtual reality gaming will really never be the same again. Gamers have been looking for a way to get an immersed experience with their gaming, and now with the Rift, it will be possible. This device actually puts gamers into the game instead of just them watching from the sidelines. It will completely change the industry and give gamers a way to experience their dream as a reality.

The Future is Now

Oculus says that the future is now. Looking back on some of the older model games, it is easy to see that there were a variety of different innovations that occurred over time. These innovations continue to occur, but this is going to be more than just a small step. It is much like the landing on the moon was for mankind- a giant leap for those in the gaming industry. So, do you really think that the future is now with the announcement of the Rift?

Oculus Rift Consumer Price Around $300, But Founder Wishes It Was Free