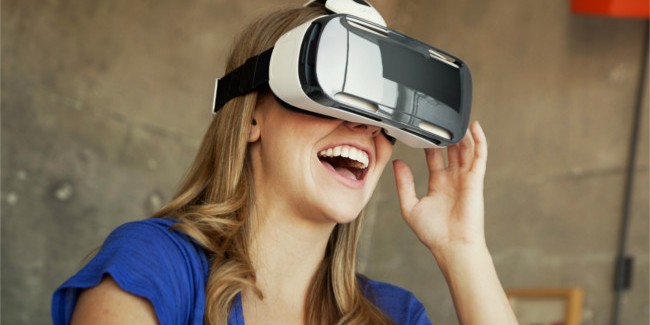 When it comes to having a great immersive mobile VR experience, one key feature that is regularly mentioned to be missing on the Samsung Gear VR headset is the lack of positional tracking. However, according to Oculus CTO, John Carmack, it seems that including this feature on the Gear VR remains a high-priority for the company.

Currently, the Gear VR headset can only pick up rotational movements made by turning your head when you are in a stationary position, but not possible to move within a 3D space. Unfortunately, this creates some unforeseen side effects among users, such as motion sickness resulting from certain visual movements while the user is not moving. Carmack is very aware of the lack of positional tracking and how it affects users and intends to improve both issues.

In response to a question via Twitter asking about Carmack’s prototyping environment developed for Samsung’s Gear, called VrScript, he says he hasn’t spent much time on it, since most of his attention has been focused on getting positional tracking for the Gear VR.

@vessenes I still think it is important, but with most of my time on position tracking for GearVR, I haven’t touched it in months.

Not long ago, Oculus founder Palmer Luckey was adamant that positional tracking would not be a feature for the Gear VR, saying “inside-out tracking is not currently workable on mobile devices.” The concept behind ‘inside-out’ tracking on a mobile VR headset, such as the Gear VR, refers to using the sensors on its smartphone to track your movements in 3D space. For comparison, the Oculus Rift requires you to set up a standalone tracking sensor to give the headset enough data information to understand and pinpoint your precise movements.

Carmack is clearly determined to overcome the challenges of implementing positional tracking to the Gear VR headset, and doing so would significantly enhance the mobile VR experience.