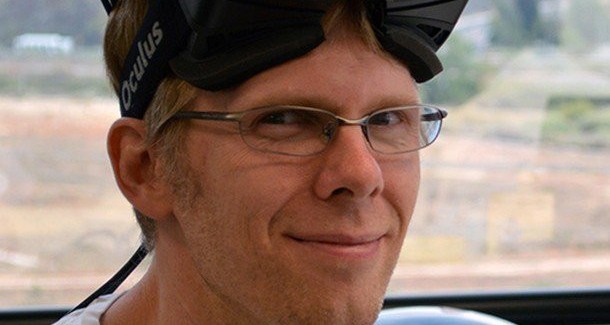 In the wake of a Dallas jury’s verdict on Wednesday, which resulted in a $500 million judgment against Oculus in the ZeniMax lawsuit, Oculus CTO John Camack took to Facebook to publicly express his frustration with the situation and the court’s decision.

“I disagreed with their characterization, misdirection, and selective omissions,” wrote Carmack, who left the ZeniMax-owned id Software in 2013 to take the role of CTO of Oculus. “I never tried to hide or wipe any evidence, and all of my data is accounted for, contrary to some stories being spread.”

However, much of Carmack’s issue was particularly with testimony given by an ‘expert’ witness ZeniMax brought to the trial that said Oculus “non-literally copied” from the source code that he had written during his time at id Software. Carmack explains:

“This is just not true. The authors at Oculus never had access to the Id C++ VR code, only a tiny bit of plaintext shader code from the demo. I was genuinely interested in hearing how the paid expert would spin a web of code DNA between completely unrelated codebases.”

“Early on in his testimony, I wanted to stand up say ‘Sir! As a man of (computer) science, I challenge you to defend the efficacy of your methodology with data, including false positive and negative rates.’ After he had said he was ‘Absolutely certain there was non-literal copying’ in several cases, I just wanted to shout ‘You lie!’. By the end, after seven cases of ‘absolutely certain’, I was wondering if gangsters had kidnapped his grandchildren and were holding them for ransom,” he continued. “If he had said ‘this supports a determination of’, or dozens of other possible phrases, then it would have fit in with everything else, but I am offended that a distinguished academic would say that his ad-hoc textual analysis makes him ‘absolutely certain’ of anything. That isn’t the language of scientific inquiry.”

“The notion of non-literal copying is probably delicious to many lawyers, since a sufficient application of abstraction and filtering can show that just about everything is related. There are certainly some cases where it is true, such as when you translate a book into another language, but copyright explicitly does not apply to concepts or algorithms, so you can’t abstract very far from literal copying before comparing. As with many legal questions, there isn’t a bright clear line where you need to stop.”

“The analogy that the expert gave to the jury was that if someone wrote a book that was basically Harry Potter with the names changed, it would still be copyright infringement. I agree; that is the literary equivalent of changing the variable names when you copy source code. However, if you abstract Harry Potter up a notch or two, you get Campbell’s Hero’s Journey, which also maps well onto Star Wars and hundreds of other stories. These are not copyright infringement.”

Carmack further criticized the expert’s slide evidence as being misleading in the way it was presented and could not be properly read in the courtroom. When the Oculus’ defense later enlarged the slides for the jury to be able to read and see the differences in the lines of code, it didn’t quite have the impact to “demolish the credibility of the testimony,” as Carmack had hoped.

He also noted that he wasn’t allowed to read the full expert report and that the testimony has been sealed. Carmack believes this was intentional and said that if the code examples were made public “the internet would have viciously mocked the analysis.”

Carmack concluded his post suggesting that the expert witness was more interested in a high-paycheck than maintaining their integrity to provide the truth.

“The expert witness circuit is surely tempting for many academics, since a distinguished expert can get paid $600+ an hour to prepare a weighty report that supports a lawyer’s case. I don’t have any issue with that, but testifying in court as an expert should be as much a part of your permanent public record as the journal papers you publish,” he wrote. “In many cases, the consequences are significant. There should be a danger to your reputation if you are imprudent.”

“In addition to expert testimony finding both literal and non-literal copying, Oculus programmers themselves admitted using Zenimax’s copyrighted code (one saying he cut and pasted it into the Oculus SDK), and [Oculus VR co-founder] Brendan Iribe, in writing, requested a license for the ‘source code shared by Carmack’ they needed for the Oculus Rift. Not surprisingly, the jury found Zenimax code copyrights were infringed. The Oculus Rift was built on a foundation of Zenimax technology.”

“As for the denial of wiping, the Court’s independent expert found 92 percent of Carmack’s hard drive was wiped—all data was permanently destroyed, right after Carmack got notice of the lawsuit, and that his affidavit denying the wiping was false. Those are the hard facts.”

While the court trial is over, this legal battle still could continue longer as Oculus plans to appeal the court’s decision, as well as ZeniMax is considering to seek an injunction to halt the sale of Oculus Rift headsets.