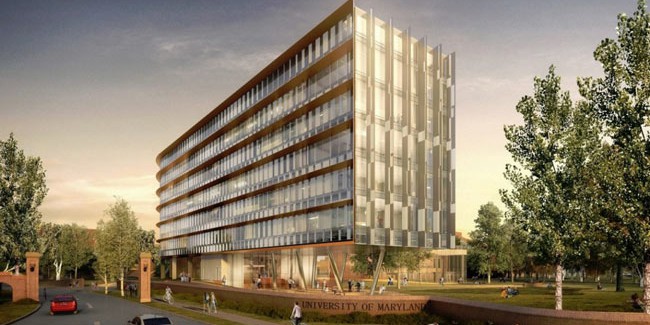 The University of Maryland broke ground this last week as construction begins on the Brendan Iribe Center for Computer Science and Innovation, made possible by a $31 million donation back in late 2014 by Oculus CEO Brendan Iribe, a former student of the University.

The new center is set to open in 2018 and can accommodate more than 4,000 people at peak times, with 785 seats of instructional space, 13 computer labs, eight collaborative classrooms, and five seminar rooms. Facilities will also include makerspaces for students to spark innovation and creativity, specialized labs for VR & AR, as well as a motion-capture lab for dancers and athletes.

“This remarkable building will transform inspiration into new knowledge and innovation,” said University of Maryland President Wallace D. Loh. “We have tremendous faculty and student talent in these fields – Brendan Iribe is a great example – and now they will have the ideal collaborative space to enable success.”

The building will also have a 300-seat auditorium named after fellow Oculus co-founder Michael Antonov who donated $4 million in addition to Iribe’s $31 million for the project. In addition, the building’s rooftop garden will be named Reisse Park to honor the late memory Andrew Reisse, also an Oculus co-founder.

“It’s my hope that the three landmarks of the innovation center—the computer science building,  Antonov Auditorium, and Reisse Park—inspire students to form friendships and teams that last a lifetime,” said Iribe. “Students will be able to walk into the Center and have access to everything they need to build the next great company or breakthrough technology. I’m excited to see what future engineers, entrepreneurs, and CEOs come out of UMD and these new facilities.”

The future of VR and AR breakthrough technology and innovation is looking bright at UMD.  For more information and high-res renderings of the Brendan Iribe Center for Computer Science and Innovation, check out the official UMD website.