Oculus' Palmer Luckey Responds on Reddit to Criticism of Past Comments 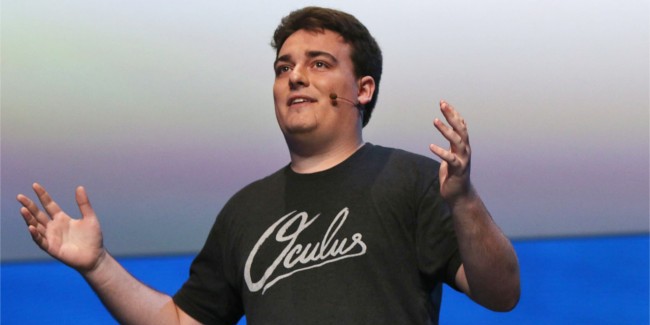 Oculus founder Palmer Luckey is known to publicly speak his mind and is no strange with defending himself from the internet when perhaps he may change his stance on a Rift-related issue or has his words taken out of context. However, with long delays in Rift pre-order shipments obviously fueling consumer frustrations, Luckey found himself on the defensive end to make things clear and explain that not everything he says must be set in stone forever.

It all began when Luckey posted a Tweet late yesterday afternoon regarding the current shipment delays, stating: “I prefer production that can keep up with demand, but much prefer shortages to the opposite problem! No burying Rifts in desert landfills.”

For those who may not understand the reference, it’s a nod to the once urban legend of when truckloads of unsold E.T. the Extra-Terrestrial (Atari 2600) video game cartridges were buried in a desert landfill in New Mexico back in the early 80s due to supply exceeding demand. To this day, it’s still considered one of the biggest commercial failures in the video gaming industry. So, it’s clear Luckey was trying to make an honest, and valid point about the success of the Rift. Keep in mind the VR industry is no strange to flops, so having a shortage issue due to high demand in such a new market is a good problem to have. Unfortunately, it did not come across that way to some people, especially when many are still frustrated with waiting months for their delayed Rift headset to arrive.

Luckey’s tweet sparked quite a firestorm, especially on the Oculus subreddit, where one particular user really expressed anger towards Luckey in a lengthy post that lists promises that Luckey allegedly made in the past that have not panned out.

In response, Luckey defended his past comments, saying that much of it was taken out of context and explained how over time certain situations may justifiably require a change in approach.

“Half of this stuff is you acting like I lied about things when I did not (we did scale up production, for example, and the Rift uses hybrid optics, not pure fresnels), and the rest is just things changing over time.”

“Does sh*t change sometimes? Of course, it does. Does that mean I am going to stop speaking my mind because people throw out of context words in my face years later? No, not really. The same people who complain about ‘lack of transparency’ and ‘sterile, corporate communication’ are so very often the same people who berate and hate companies and individuals for anything they ever say that changes at some point.

That is why the majority of companies tell you nothing and keep you in the dark on everything unless it is perfectly constructed to keep secrets secret, offend nobody, and align with every corporate message that has ever been given. They know a vocal minority of people is going to latch on to anything they say or have said and use it to shit on them, and they let it control them.

In 4 more years, people are going to be doing the same thing. ‘But Palmer, remember the time you said the Rift was seated only?! Remember when you said mobile would never equal the power of PC? Or how about the time you said eye tracking was not feasible and totally stupid? Huehuehue, what a liar, gotcha!’ Twist: I don’t care, because I would rather say what I think than make sure every word I say stands for all of eternity engraved on a pillar of stone, absolute, unchanging, and rustling the jimmies of no man.”

While the Oculus PR team may not exactly encourage the founder of the company to go argue with customers on a forum, like Reddit, this is one of the things that make Luckey quite unique in his willingness to address direct issues from the VR community. He is not the ‘typical’ corporate guy in a suit, and that’s a good thing.