'Minecraft’ for the Oculus Rift is Finally Available Now 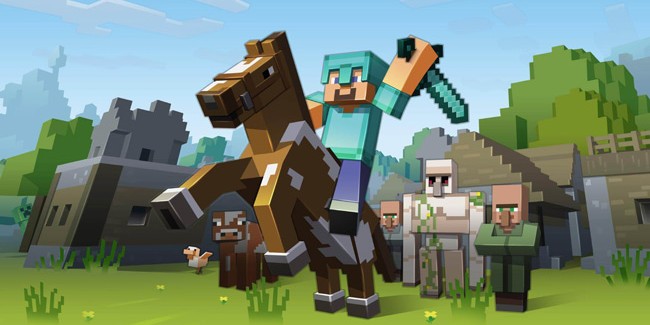 Today, Microsoft and Mojang announced that the highly-popular game franchise, Minecraft, is now finally available for the Oculus Rift. The game was previously released for Samsung’s Gear VR back in April, and a number of unofficial mods, such as Minecraft have brought the blocky world experience to Rift users—but this time, it’s official!

According to the Minecraft team, support for the Oculus Rift will come via a free update to the beta of Minecraft: Windows 10 Edition and will offer users new and improved immersive features that are not in the Gear VR version.

“We at Team Minecraft have worked hard on making Minecraft: Windows 10 Edition’s new VR feature a comfortable, engaging VR experience. The Windows 10 DX11 performance has been optimized even further to augment the VR experience, and along with the VR features we added previously to the Gear VR Edition of Minecraft, there are a ton of new options,” the team stated in a blog post.

Some of the new features in the Oculus Rift version of Minecraft include keyboard and mouse support, improved VR control options for utilizing the Xbox One controller, as well as enhanced visual setting options to take full advantage of powerful VR-capable graphic cards.

While the team did not specially mention in the announcement whether Minecraft will offer Oculus Touch motion controller support, it’s expected will see support for Touch eventually make its way to the game in a future update. Minecraft: Windows 10 Edition is available in the Microsoft Store for $9.99, but if you already own it be sure to download the free update to experience it on the Rift today.