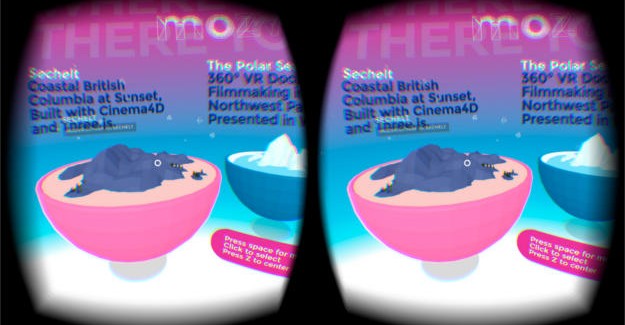 In celebration of the 10th anniversary of its popular web browser Firefox, Mozilla just announced the launch of its new website MozVR.com — an experimental ‘native VR’ experience built from the ground up to help show off the immersive capabilities of virtual reality for the Web.

“As one of the first websites of its kind, building it required that we come up with new solutions for the unique challenges of a fully immersive, three-dimensional medium,” Mozilla said in a blog post on the MozVR website.

Back in June, Mozilla released early builds of Firefox with Oculus Rift support, and now with the launch of MozVR, the company hopes to encourage other developers within the VR community to begin building their own VR Web experiences and showcase their work.

To help developers begin building their own VR websites, the Mozilla team has provided open access to the source code for MozVR, including tools and tutorials to get things started. Access to download the code can be found on both MozVR and GitHub.

“We’re very excited about the future of the VR web,” the Mozilla team goes on to say. “We encourage you to join us, start creating, and publishing your VR Web experiences.”

If you own an Oculus Rift headset you can experience MozVR right now by using a VR-enabled version of Firefox, or VR-enabled build of Chromium.