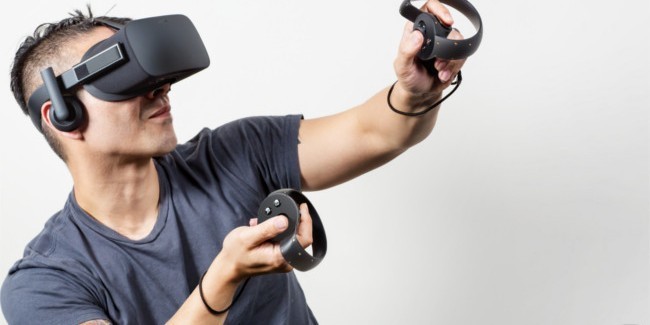 Back in March, Oculus made an aggressive move to its pricing strategy when it lowered the cost of both the Rift headset and Touch motion controllers in an effort to increase mainstream adoption of its hardware, which new data recently shared by the company seems to prove is paying off.

According to the head of developer relations at Oculus, Paul Jastrzebski, nearly every person that has purchased the Rift headset since the price drop in March has also purchased a pair of Touch controllers to go along with it.

“We’re seeing very, very high attach rates,” said Jastrzebski at last week’s Digital Dragons event in Krakow, as reported by Destructoid. “That’s partly why we wanted to drop the price point. We realize that at $200, it was still a little high for it. So we drop the price to $99 and I think we’ve found a very close 1:1. Close to that.”

Although there was no mention of the Touch adoption rate prior to the March price drop, the latest Oculus’ data is an important and positive sign for anyone developing for Touch. During his talk, Jastrzebski went on to strongly urge developers to consider focusing their development efforts on creating VR games and experiences for Touch rather than the Xbox One controller which comes bundled with every Rift headset.

It’s no surprise that Oculus is trying to guide developers in a direction that aims to benefit the users on its platform. As more Rift owners purchase to own a pair of Touch controllers in order to greatly enhance their sense of immersion and presence in a VR experience, the more likely they will want and expect Touch-enabled content to be widely available in the Oculus ecosystem.