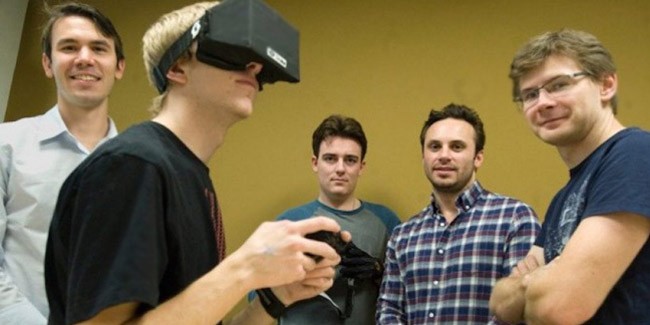 Chris Dycus, a hardware engineer at Oculus, announced in a recent Facebook post that he will no longer be with the company. This is particularly significant because Dycus was actually the very first employee outside of the founders to help work on developing the Oculus Rift headset.

Dycus joined the company back in 2012, long before it was acquired by Facebook for over $2 billion in 2014. He was hired by founder and longtime friend Palmer Luckey directly and worked closely with him and co-founders Brendan Iribe, and Nate Mitchell on early prototypes of the Oculus Rift, as well as the final consumer version of the headset that launched in 2016.

In his Facebook post, captured on Reddit, Dycus explained that the reason for him leaving after nearly five years with the company is because of a new job opportunity that presented itself which, according to him, was just too good to pass up.

“I would have gladly stayed at Oculus for at least a couple more years, but this new job came up and it really sounds like something I want to do,” Dycus wrote, adding that he misses the startup days at Oculus and as much as he still loves the company, he wants to go back to that “fast-paced, everybody-does-everything” work environment that startup companies provide. Dycus did not, however, reveal which company he’s actually going to other than it’s a “startup in SoCal that is currently in stealth mode” at this time.

As Dycus goes on to venture into something else new and exciting in his career, it appears he is leaving Oculus on good terms. His departure is just one of a number of key members at Oculus who have either shifted roles or left the company over the last several months. Brendan Iribe served as Oculus’ CEO until December, when he suddenly stepped down to lead the company’s PC-based VR division and Luckey exited the company entirely following the controversy the swirled for supposedly funding a polarizing non-profit political group.