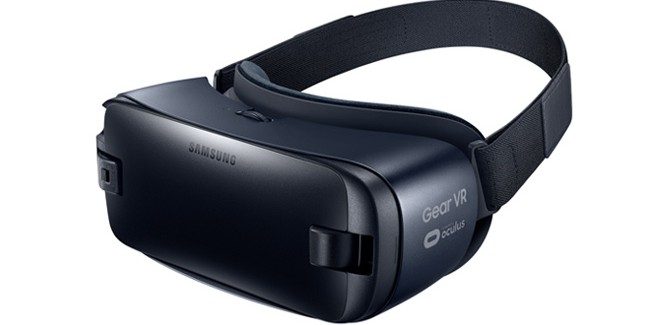 Today, during Samsung’s Unpacked 2016 event the company announced its newest version of its Gear VR headset, powered by Oculus.

The new headset is designed to support Samsung’s latest flagship smartphone the Galaxy Note 7, which uses the new USB Type-C connector, but existing Samsung smartphone owners will be pleased to know that a Micro USB connector is also included with the new Gear VR making it backward compatible with the Note 5 and Galaxy S6 and S7 series.

Aside from the new USB Type-C connection, the new Gear VR features a lighter design, extra padding for additional comfort, as well as a slightly wider field-of-view at 101-degrees compared to 96-degrees from the previous version, which is a nice improvement to help to further enhance the immersion a bit. At first glance, the most noticeable difference is the new dark blue/black finish of the revamped Gear VR, including the interior of the headset. Samsung says the darker color is in direct response to customer feedback regarding the white color of the older Gear VR reflecting off light from the phone’s display and resulting in a loss sense of immersion.

In an effort to refine the controls, Samsung also added a home dedicated button that brings you quickly back to the Oculus main menu—the new home button is located right above the touchpad and next to the “back” button for easier navigation. The touchpad also now offers a smoother and larger surface area that is more responsive.

The new and improved Gear VR will be priced at $99 (the same price as last year’s model) and will launch alongside the Galaxy Note 7 on August 19th. Pre-orders start tomorrow August 3rd.