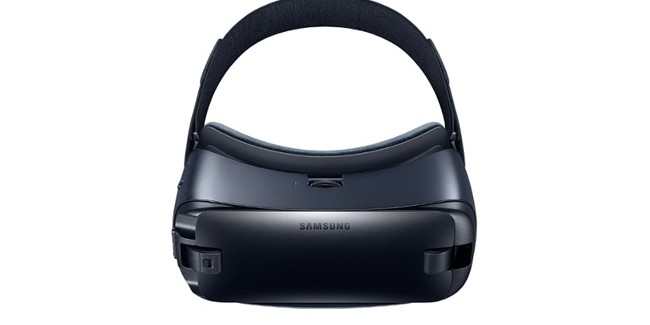 The latest iteration of the consumer Gear VR, which was unveiled at Samsung’s Unpacked event alongside the Galaxy Note 7 earlier this month, is now available to pre-order on Amazon, Best Buy, and directly from the Samsung priced at $99.

The revamped Gear VR will feature a number of minor, yet worthy improvements compared to the current model. New features in the new Gear VR include a wider, 101-degree field-of-view, new USB Type C port, improved controls, additional padding for comfort, and a new blackish exterior and interior finish that is not just for aesthetics, but also to help keep ambient light from reflecting off the interior of the Gear VR, which is a commonly known issue in the older Gear VR due to its white interior resulting in a loss of immersion based on consumer feedback.

While the new headset supports the latest Galaxy Note 7 and S7 series smartphones, it also comes with a Micro USB connector to enable backward compatibility with the Note 5 and Galaxy S6 lineup.

If you’re planning to get your hands on a Note 7, it’s fair to assume mobile carriers like T-Mobile and Verizon will eventually start offering special promotions that bundle the Note 7 with the new Gear VR, so you may want to keep that in mind.

The new Samsung Gear VR will start shipping on August 19th—reserve yours today!