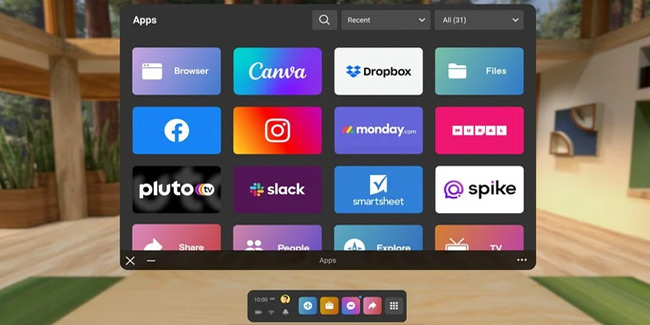 At Facebook Connect 2021 today, the company announced that it is adding 2D apps from third-party developers to the Oculus store. These 2D apps will use a new framework based on the Progressive Web App (PWA) industry standard and give users the flexibility to be more productive in VR.

The first batch of 2D apps to make their way into the Oculus Store for Quest are available starting today—including Facebook, Instagram, Smartsheet, and Spike. Other popular apps such as Dropbox, Monday.com, MURAL, My5 (UK), Pluto TV, and Slack will be added sometime soon in the future, according to the company.

For developers, having the ability to build and distribute 2D apps that take full advantage of the Quests multitasking feature using the PWA-based framework is a big deal that will ease some of the development processes involved with bringing 2D apps and services to the Quest platform. These third-party apps will also benefit from additional user discovery and system integration capabilities generally afforded to native apps on Quest. The company says all developers will be able to submit and distribute PWAs to the Oculus Store or App Lab in the coming months ahead.

‘Horizon Workrooms’ Will Let You Customize Your Work Environment