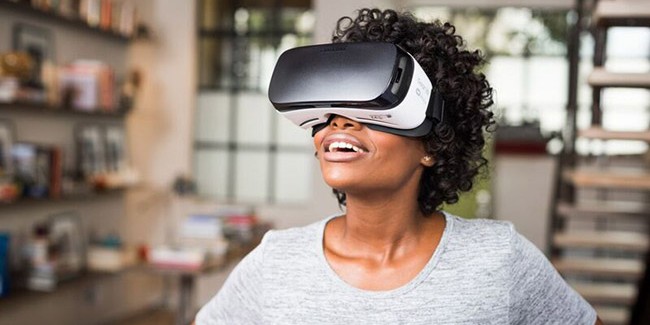 Samsung’s next iteration of the Gear VR, powered by Oculus is expected to come with a dedicated controller, according to a tweet by industry insider Roland Quandt and the latest FCC filings.

As of now, the Gear VR utilizes a built-in trackpad on the side of the headset for navigation controls, however, the headset also supports third-party Bluetooth controllers for complex games and applications that require more precise control input. By including a dedicated external controller with every headset, it not only offers Gear VR users better controls right out of the box that you may not otherwise get with a built-in trackpad, but also it manages to be a way for Samsung to counter the fact that other mobile VR headsets on the market, like Google’s Daydream, already come bundled with an external controller of their own.

While there are no specific details released yet on the first official ‘Gear VR controller’, it is supposedly going to be designed to support one-handed use.

Samsung Gear VR SM-R324 is coming – same as SM-R323 for S7, but gets different front cover to hold Galaxy S8 – and a single hand controller.

In addition, according to reports by SamMobile, the new version of the Gear VR headset will feature minor changes to design and will have a new front cover to allow for compatibility with Samsung’s upcoming flagship smartphones the Galaxy S8 and the Galaxy S8 Plus, which is expected to be released later this spring.