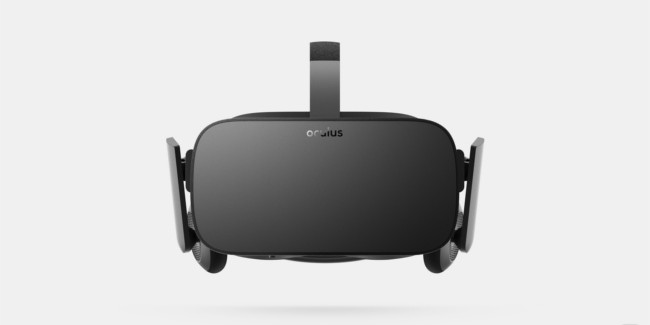 Unlike Samsung’s Gear VR headset, the upcoming Oculus Rift requires a computer for its use. Buyers cannot simply get a headset and obtain a virtual reality experience unless they have a corresponding high-end computer that the device can use to power the necessary software and graphics capabilities. While people with a high-end PC are not going to have any problems, Mac users may have to buy another system if they are to take advantage of the Oculus Rift.

There was some speculation that the Oculus Rift might support Macs in the future, but according to an interview with ShackNews, Palmer Luckey has put those claims to rest saying that Apple doesn’t make any computers powerful enough to handle the GPU performance to run the Rift.

Luckey went on to say that even the most expensive $6,000 Mac Pro combined with a top-of-the-line AMD FirePro D700 is still not enough to achieve the recommended specs for an Oculus Rift.

The reason for this rests with the fact that Apple’s high-end Mac Pro computers are designed to meet the demands for professional applications and other tasks with the use of its dual discrete GPUs, rather than gaming. For a virtual reality experience to be at its most optimal performance level, a high-end headset like the Oculus Rift requires a GPU that is developed primarily for gaming, such as an Nvidia GTX 970 or above.

However, Luckey is not ruling out working with Apple and giving support to Mac computers in the future. After all, the lack of Rift support on a Mac by Oculus has nothing to do with their feelings about Apple. It simply comes down to a performance issue that is crucial for users to experience a positive VR experience.

“If they prioritize higher-end GPUs like they used to for a while back in the day, we’d love to support Mac,” said Luckey. “But right now, there’s just not a single machine out there that supports it. So even if we can support it on the software side, there’s just no audience of people that can run the vast majority of software out there.”

For his part in all this, Apple’s CEO Tim Cook believes that there is a possibility for VR support in Apple’s future. For now, he believes that virtual reality is very “cool” with some interesting concepts, but it is not mainstream enough to warrant a shift in policy from Apple regarding their computer line-up. This leaves the door wide open for Windows-based computers to monopolize the VR market, leaving Apple far behind when they do decide to get in the game.