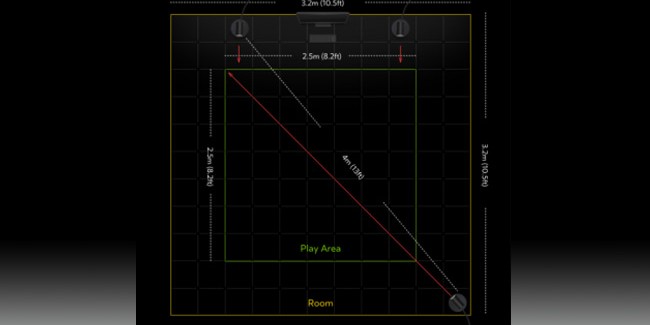 Oculus has started rolling out its latest 1.14 update to the Oculus Rift software, which includes some helpful new features that will improve the overall experience on the Rift.

In the release of version 1.14, Oculus has continued to improve support for 3-sensor configurations, including a new guided setup process for 360-degree tracking. Currently, when setting up your Rift headset with a pair of Touch controllers you would be prompted with a step-by-step process for how to align two sensors, however, it lacked the same instruction if a third sensor is plugged in.

Now with the new update, once you plug in a third sensor to your computer a new setup guide will automatically appear to walk you through the process. This is a much-welcomed feature for those who want to take advantage of a full room-scale VR experience and make sure they’ve arranged their three-sensor setup properly.

In addition, the 1.14 update also improves the versatility of the Touch controllers. Now, you will be able to use Touch for many of the games and experiences that previously required you to use a gamepad only. However, keep in mind this doesn’t mean it will enable motion controls for games that were not designed for that style of play. Essentially, since the Touch controller features most of the same buttons included on the existing Xbox One controller, the new update simply maps the Touch buttons to emulate the gamepad inputs—which is a useful and convenient feature.

According to the release notes, the Rift 1.14 update includes the following:

Improved efficiency when updating the Oculus software on your computer