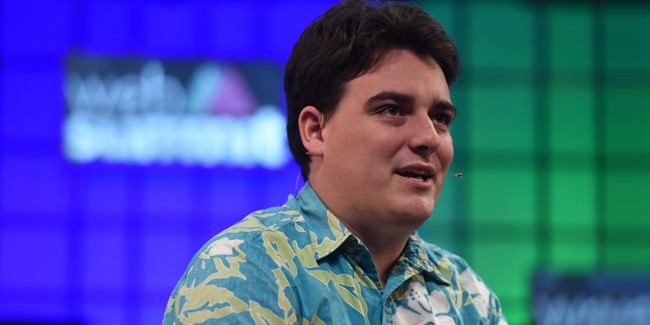 After months of silence from the public stage, Oculus founder Palmer Luckey has reemerged to respond to a comment made by Apple co-founder Steve Wozniak, in which Wozniak criticized the Oculus Rift creator for his personal actions.

In late March, Luckey left the company after nearly three years since Facebook acquired Oculus for more than $2 billion. While the reason for leaving has not officially been disclosed, his sudden departure came just months after it was revealed that he anonymously funded a polarizing non-profit political group.

According to a recent report by Forbes, Wozniak was quoted saying that he was “disappointed” in Luckey’s behind-the-scenes actions, stating: “Why do you hide and try and do something anonymously—it’s because you feel it’s wrong. He didn’t want to take personal responsibility.”

The story on Wozniak’s comment soon found its way to a post on Reddit, where Luckey was compelled enough to break his silence and respond to it directly.

“Some people want founders to keep their politics private and away from their business, others think they should do everything out in the open in a vocal way,” Luckey wrote. “You can’t make everyone happy, and there are good arguments on both sides, but it is clear that people who happen to align with opinions held by the majority of the media come out ahead either way.”

Luckey went on to dismiss the notion that anonymity in someone’s actions must imply that they are doing something wrong. It’s this kind of assumption that Lucky calls a “dangerous” one.

“It is a significant factor in the ongoing erosion of our digital liberties, and is used to justify things like mass data collection and encryption backdoors,” Luckey stated.

This is the first time Luckey has publically addressed the controversial subject since issuing an apology back in September 2016.

“All of the outright lies by the media demonstrated exactly why you should stay out of the spotlight if your views don’t happen to align with the mainstream press,” he added. “…If you want to take issue with the actions themselves, fine, but trying to stay out of the political spotlight should not be condemned.”

It’s interesting to see Luckey begin to share his thoughts openly on social media again, and we’re glad that he is. Regardless of some public opinions of him, there is no question that Luckey still remains one of the most influential voices in the VR industry.

When a user on Reddit went on to ask about the possibility of bringing a role-playing game (RPG) to VR, Luckey responded: “Already on it, among other things.”

Whether or not Luckey is currently involved in the development of a new kind of VR game experience, or perhaps he’s planning to fund some other types of virtual reality projects still remains unclear. Either way, we’re looking forward to seeing what he might do next.