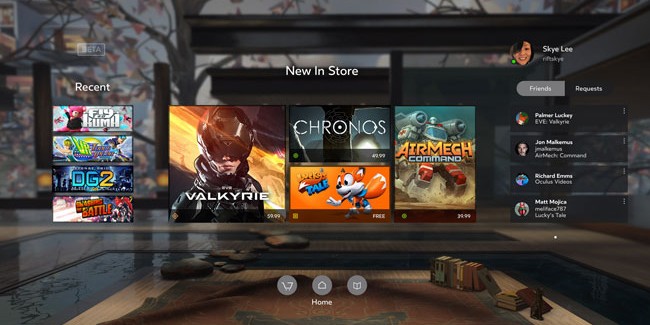 Oculus has announced the pre-release of its 1.17 software update for the Oculus Rift is available now on its Public Test Channel. The new 1.17 update aims to make it simple and easy for you to manage, view, and launch all games and applications compatible with Rift directly from Oculus Home.

Prior to the 1.17 update, Rift owners had to maintain two separate game libraries for VR content they purchased outside of the Oculus Store, such as any games or apps acquired from Steam. This new functionality is a much-welcomed addition that offers a convenient way for Rift owners to keep their content all in one central place without the hassle of having to jump back and forth between platforms.

“We know people sideload apps for a variety of reasons,” Oculus wrote in a forum post. “So we’ve included some options to help provide flexibility and control of what’s displayed.”

According to the forum post, some of the 1.17 software update features include the following:

If you want to get access to the 1.17 update and other pre-release versions of the Oculus software when one is available, then be sure to opt-in to the Public Test Channel—which you can do from the Beta section of the Oculus settings app. Otherwise, you’ll have to wait for the public version of the software update when it is officially released.