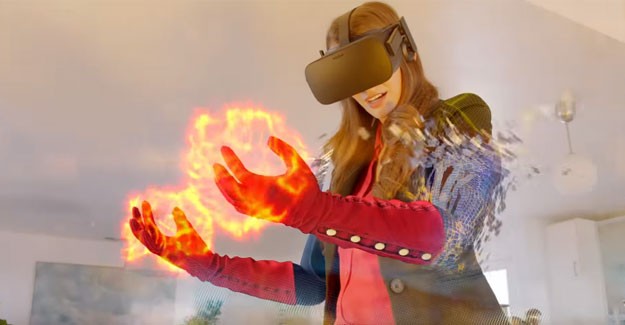 During this weekend’s D23 Expo, Oculus and Disney announced a partnership to create an exclusive virtual reality title for the Oculus Rift based on Marvel’s superheroes.

The game is called Marvel Powers United VR and will feature a complete roster of your favorite superheroes from the Marvel Comics universe. Oculus Studios promises “more than a dozen playable characters” will be available to choose from—including Rocket Raccoon, Hulk, and Captain Marvel. You and up to three friends, each assuming the role of a different Marvel character using their signature powers and weapons, will team up and fight through epic battles against The Masters of Evil—a mysterious, nefarious alliance of powerful Super Villains—as you work together to complete various missions.

Powers United VR is being developed by Sanzaru Games, which is the team behind a couple of other VR titles for the Oculus Rift, including VR Sports Challenge and Ripcoil.

Marvel Powers United VR won’t be released in 2018, but playable demos are scheduled for San Diego Comic-Con starting next week at the Marvel booth. More details about the game can be found on its official website as it becomes available leading up to launch.

Oculus ‘Medium’ 1.2 Update Let’s You Sculpt with Friends in VR