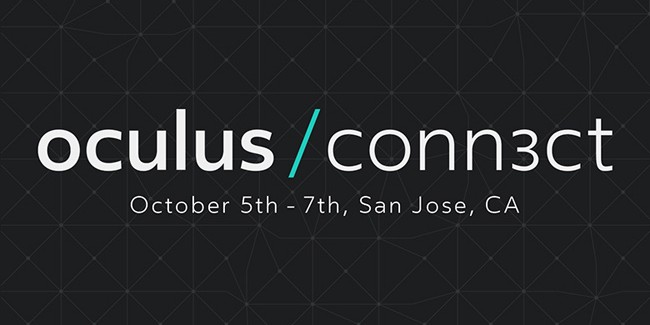 At last year’s Connect conference, attendees got introduced to a number of new exciting innovations in hardware development and immersive VR content for the Oculus Rift, including the Gear VR and a surprise keynote visit from Facebook CEO Mark Zuckerberg, who discussed the future of VR as the next platform and expressed a positive outlook in the progress made by Oculus since acquiring the company for $2 billion in 2014.

According to an Oculus blog post, the company says we’ll hear a lot more details about its highly-anticipated Touch controllers, including more about the 30+ launch titles Oculus has planned for Touch, as well.

For those looking to attend Oculus Connect 3, applications will be open on August 2 at 9am (PST). Be sure to check out the official Oculus Connect website to learn more about the conference and get the latest updates.

Oculus HapticWave Project Let’s You Feel in VR without Gloves