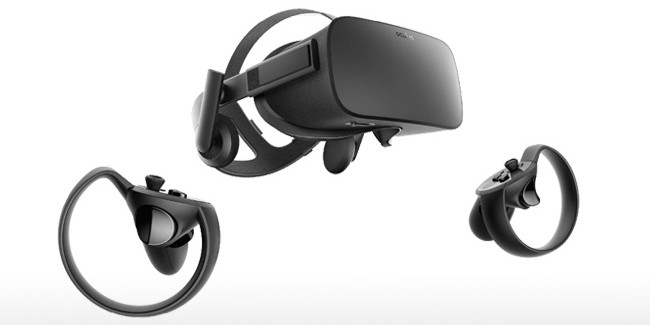 Earlier this month we reported on Best Buy’s Black Friday deal for Oculus Rift and Touch bundle, shaving $50 off of the retail price. Today, Oculus officially confirmed that the Rift is discounted down to a price tag of just $349.99 for a limited time.

The Rift+Touch bundle can be purchased at its reduced price from Oculus and through other retailers like Amazon, Best Buy, the Microsoft Store, and Newegg in the US and Canada, plus Amazon, Dixons, Currys PC World, MediaMarkt, and Overclockers UK in Europe.

At $349.99, this is the lowest price the Oculus Rift is currently going for and is without a doubt the perfect time to pick one up while you can. The bundle includes the Oculus Rift headset, two touch controllers, two USB sensors, and six free games and titles including Lucky’s Tale, Medium, Toybox, Quill, Dead and Buried, and Robo Recall. A seventh game called Dragon Front is also included when you purchase from Newegg or Oculus directly.

If you’re looking for some immersive content to add to your growing library, then you’ll also want to check out the Oculus Store for some great deals. There you will find Oculus offering three ‘Complete your Collection’ packs, which each include seven essential Rift games bundled together for $99. Don’t worry if you already own one or more games in the bundle, you’ll automatically get an additional discount thanks to dynamic bundle pricing. The three packs will be available now through 11:55 pm PT December 1st.

In addition, there are also several individual titles offered at discounts up to 60%, including Archangel, Everest VR, and DreamWorks Voltron VR Chronicles—now through 11:55 pm PT on November 29, giving you some extra time after Cyber Monday to grab some new content.