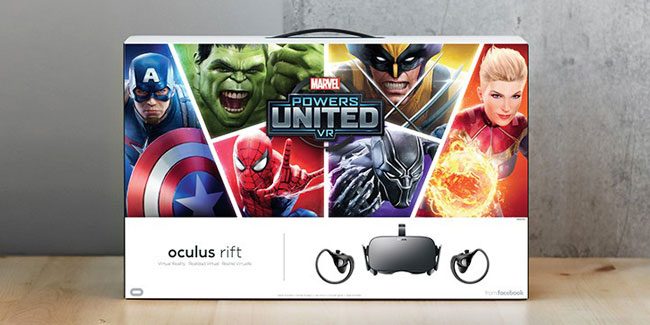 Oculus has announced ahead of the launch of its upcoming exclusive title, Marvel Powers United VR, a new Rift bundle that adds a free copy of the superhero adventure game for $399, the same price you would pay for an Oculus Rift headset, a pair of sensors, Touch controllers, and the usual bundled titles that come with every purchase of the Rift.

Developed by Marvel Games, Sanzaru Games, and Oculus Studios, Marvel Powers United VR will allow up to four-player co-op as gamers take on the role of their favorite superhero in the Marvel universe like Captain America, the Hulk, Doctor Strange, Thor, Spider-Man, Storm, Wolverine, Deadpool, and the Black Panther just to name a few.

The Marvel Powers United VR Special Edition Rift+Touch bundle will be available starting July 31st at most major participating retailers. For those who already own a Rift, the game itself is set to launch on July 26th for $39.99.