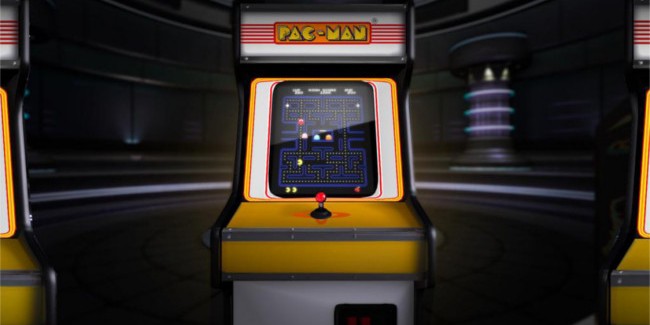 During the keynote presentation at Oculus Connect 2, Head of Mobile at Oculus Max Cohen revealed a new experience for the Gear VR called, Oculus Arcade.

Oculus Arcade will allow users to immerse themselves back to the nostalgic days of classic arcade gaming on retro-style cabinets with over 20 games in total, ranging from Pac-Man (1980), Spy Hunter (1983), Gauntlet (1987), and Sonic the Hedgehog (1991).

Oculus has partnered with a number of publishers, including Sega, Midway, Bandai Namco, and Warner Brothers to bring a wide collection of classic arcade titles to the Gear VR platform.

No specific word as to when Oculus Arcade will be available, however with the new consumer Gear VR for just $99 coming in November 2015, Oculus Arcade might not be too far behind.

Minecraft is Coming to Oculus Rift in Spring 2016