'Oculus Arcade' Launches with Over 20 Classic Titles on Gear VR 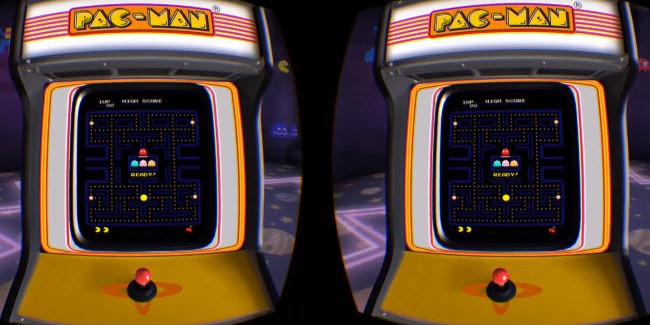 First revealed at the Oculus Connect 2 developer conference back in September, the Oculus Arcade app is now officially available for the Gear VR.

Oculus Arcade brings the old-school arcade gaming experience to the virtual reality platform—featuring more than 20 classic arcade games from publishers like Sega, Midway, and Bandai Namco. The app recreates the nostalgic, retro-gaming atmosphere that you would expect to find in a real-life arcade room complete with classic arcade cabinets, neon lights, and cosmic style carpeting laid out throughout the entire virtual arcade.

Oculus Arcade is available currently as a beta release from the Oculus Store, and we expect the app will continue to improve over time with more arcade titles, and new social features to enhance the overall experience.

Below is the full list of game titles currently available on Oculus Arcade at launch:

Each arcade title lets you play for a free 20 minutes, and then requires you to pay anywhere from $0.99 to $2.99 to unlock the game and keep it in your arcade collection for unlimited access.