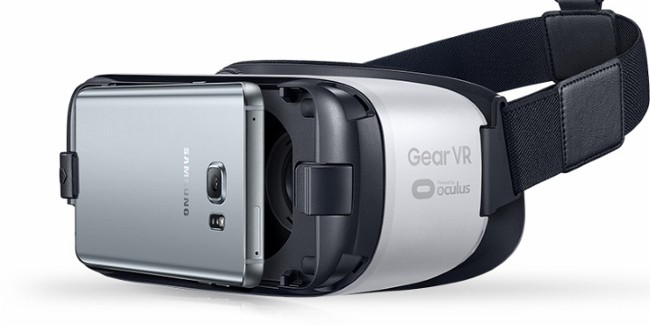 The consumer version of Samsung’s Gear VR headset powered by Oculus, which is compatible with Samsung’s latest lineup of smartphones—the Galaxy S6, S6 Edge, S6 Edge+, and Galaxy Note 5, is now officially available for pre-order for only $99.

The new Gear VR headset is an improvement over the previous “Innovator Edition” model with a 19% lighter design, better ergonomics, and a newly designed trackpad for easier navigation.

Gear VR owners will be able to immerse themselves in a variety of 360-degree virtual reality content, watch entire catalogs of TV shows and movies through Netflix, Vimeo, as well as play “dozens of made-for-VR games,” for the Gear VR including Land’s End, Bandit Six: Salvo, and Dead Secret. Oculus Arcade also recently made its debut, which will let you play over 20 classic games like Pac-Man, Sonic the Hedgehog, and Gauntlet in a virtual arcade.

The Gear VR is available through Amazon.com, BestBuy.com, and Samsung.com and will start shipping to consumers on November 20th. In addition, T-Mobile will start selling the Gear VR on November 27th online and in stores, with AT&T also expected to make the headset available for purchase shortly after.

‘Oculus Arcade’ Launches with Over 20 Classic Titles on Gear VR