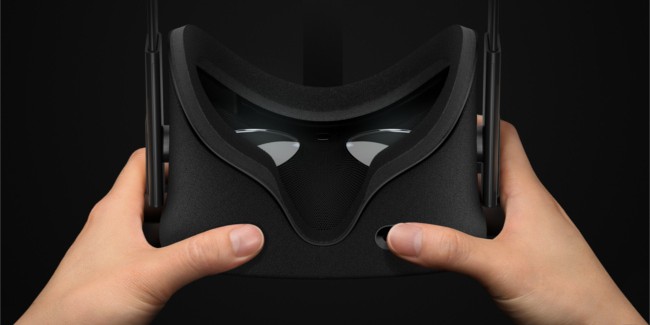 With the first shipments of the Oculus Rift already underway, the long-awaited headset is expected to arrive on the doorstep of customers by this week. However, the team at Oculus is still working hard to ensure new features and improvements make their way to the Rift at launch.

One of these new features recently announced during GDC last week is to bring Asynchronous Timewarp (ATW) capabilities to the Oculus Rift, and now today an official blog post confirmed that ATW will be included in the latest Oculus PC SDK 1.3.

The concept behind ATW is its ability to deliver a smoother, stutter-free image quality to your headset, without putting too much performance pressure on your computer’s hardware to get optimal results. With virtual reality, it is crucial that you are able to maintain a consistent framerate, at a low-latency. If a user moves their head around in VR and experiences any stutter or framerate drop, it can completely ruin the sense of immersion of the experience and in some cases, it can cause users to feel dizzy, or get motion sickness.

It’s interesting to mention Oculus has already implemented ATW on Samsung’s Gear VR for more than a year now, so it’s only right that it finally made its way to the Rift. According to Oculus, the team worked closely with Microsoft, Nvidia, and AMD to develop the necessary graphics driver VR extensions to enable ATW and get everything working properly.

While the addition of ATW support will also be a valuable benefit for developers working on games and applications for the Rift, Oculus points out that “ATW is not a silver bullet,” and recommends developers not rely on ATW as a safety net against low frame rate. Instead, they should “aggressively” target 90fps in order to achieve the best, most immersive, and comfortable experience possible.

If you want more in-depth details about ATW, be sure to check out the Oculus Developer Blog on how it all works.