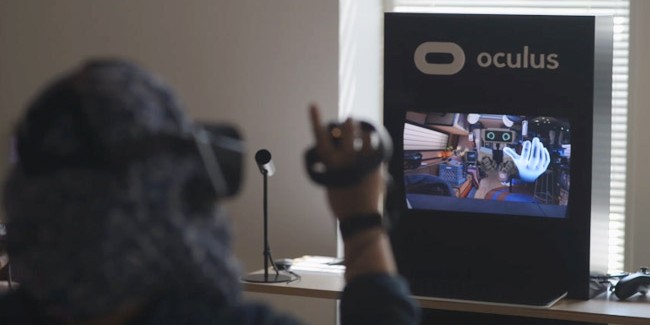 Oculus has announced that it will donate 100 Oculus Rift virtual reality headsets and Oculus-Ready PCs to 90 different libraries throughout the state of California as part of a new pilot program.

The program will roll out over the next three months and aims to provide people with free and easy access to virtual reality hardware, as well as educational opportunities to learn in an exciting and entirely new way through immersive VR experiences with titles such as Google Earth VR, The Body VR, Apollo 11, Mars Odyssey, Ocean Rift and Through the Ages—including a variety of other VR applications.

“Public libraries provide safe, supportive environments that are available and welcoming to everyone,” said Cindy Ball, Oculus Education Program Manager, in a blog post. “They help level the playing field by providing educational opportunities and access to technology that may not be readily available in the community households. Libraries share the love—at scale.”

“Games have been, and will continue to be, a primary market driver for VR,” notes Ball. “By highlighting the educational potential of VR in libraries, Oculus and Facebook are sending a message that games are not our sole focus.”

The Califa Group is overseeing the program, while VARLibraries will manage day-to-day operations and hardware deployment. Currently, the pilot program covers just less than 10 percent of California’s 1,100+ library branches—with the participating locations spanning across nearly half of the state’s 184 library jurisdictions.

Oculus hopes to further expand the pilot program to more locations should it prove itself to be successful. At that point, the California State Library would allocate and/or raise additional funds to scale the presence of VR at other local branches.

Washington state has already expressed interest in potentially launching a similar pilot program in its libraries, which hopefully is a sign of momentum building for other states across the country to embrace immersive VR as a valuable educational tool within their own public library system.