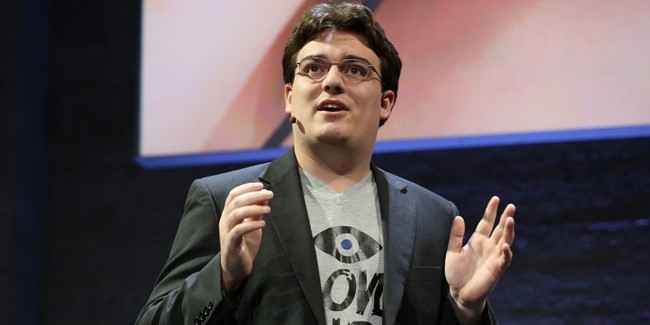 It’s been over two months since Oculus founder and Rift creator Palmer Luckey left parent-company Facebook. Now, it’s revealed that Luckey’s new venture is a startup company focused on developing advanced surveillance technology that could be used along the U.S. border and around military bases, the New York Times reports.

The system would use light detection and ranging technology found commonly in most self-driving cars, known as ‘LIDAR’, including infrared sensors and cameras to monitor borders and/or high-level security sites such as military bases for any illegal crossings. People familiar with Luckey’s plan say the technology could be used to help detect things such as drones flying near the perimeter and intelligently identifying the difference between humans, birds, or other types of wildlife and objects. The system, which can mount on telephone poles, is also said to be far more cost-effective than the proposed border wall that President Trump wants to build along the U.S.-Mexico border.

Luckey confirmed the outline of his new venture in an email statement to the Times:

“We are spending more than ever on defense technology, yet the pace of innovation has been slowing for decades. We need a new kind of defense company, one that will save taxpayer dollars while creating superior technology to keep our troops and citizens safer.”

According to a May report by Gizmodo, Luckey has already had meetings with key White House officials to discuss his new defense-related startup and the potential plans for what would essentially be a virtual border wall. For now, Luckey has been self-funding his new company, but Peter Thiel, co-founder of PayPal and a technology adviser to President Trump, is said to be planning to support Luckey’s efforts and invest through his venture capital firm Founders Fund.

While Luckey’s new endeavor might not be as exciting to the average consumer or VR enthusiast as Oculus and the Rift headset were, it does, however, appear to be a critical and lucrative market given the current political climate. Luckey aims to hopefully make an impact with his plan to introduce new technological innovations within the defense sector, similar to the way he did for the virtual reality industry.

For those who think Luckey has completely abandoned VR, don’t worry, that is not the case at all. A recent report by Road to VR indicates that Luckey is still very much interested in virtual reality, and he is even exploring the possibility of developing a game concept that can have “serious results” in the real world if you make a mistake in the virtual world. Being that the idea is just an early concept, Luckey offered no hints as to when it may come to fruition, but it is something he seems quite excited about it.