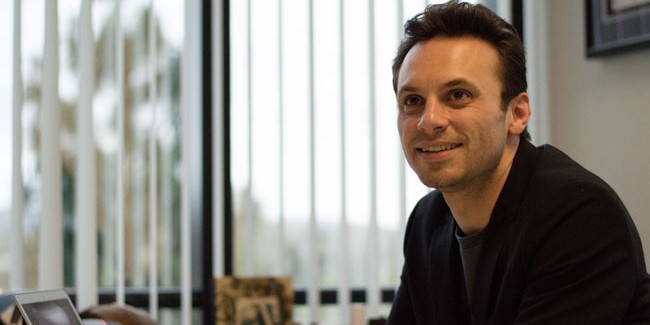 In a surprising announcement, Brendan Iribe, who co-founded Oculus with Palmer Luckey in 2012, has confirmed today that he will be stepping down from his top leadership role as CEO of Oculus to head up the new PC VR division within the company.

Iribe explained that Oculus will split into two newly formed divisions—one will be a PC VR group focused on the future of the Rift and high-end VR research development, and the other will focus on advancing mobile VR technologies. According to Iribe, the decision to separate PC and mobile VR into its own distinct groups is part of the company’s long-term strategic effort to be more focused, strengthen development and accelerate its roadmap.

In his statement to the VR community, Iribe expressed a sense of enthusiasm and excitement over how far virtual reality and Oculus have come in the last few years, which undoubtedly has been a remarkable journey filled with an incredible amount of achievements along the way—and this is still just the beginning.

“Looking ahead and thinking about where I’m most passionate, I’ve decided to lead the PC VR group—pushing the state of VR forward with Rift, research and computer vision,” Iribe wrote. “As we’ve grown, I really missed the deep, day-to-day involvement in building a brand new product on the leading edge of technology. You do your best work when you love what you’re working on. If that’s not the case, you need to make a change. With this new role, I can dive back into engineering and product development.”

Jon Thomason, who recently joined Oculus earlier this year after previously heading the mobile shopping division at Amazon, will lead the Oculus’ mobile VR group. Iribe, along with Thomason, will work with Facebook CTO Mike Schroepfer to find a new leader to manage the Oculus team, although not necessarily someone to fill the role as CEO of the company, considering its now part of Facebook.

While Iribe’s sudden exit from his top position is likely to stir up some speculation about the future of the company and possibly raise concerns about other internal shakeups, it’s assuring to know that he will continue to play an integral role at Oculus doing what he is most passionate it about and returning to the front lines of VR development.

“I’m thrilled to be on the front lines of creating the next leap forward in VR,” Iribe expressed in his post. “We’ll continue investing deeply in research and development in computer vision, displays, optics, graphics, audio, input, and more to create the breakthroughs that will unlock new form factors and experiences. We’re going to move faster at solving the grand challenges of virtual reality.”

In addition, an Oculus’ spokesperson also confirmed that founder Palmer Luckey will be taking on a new role at the company and that there will be more details on his role available soon.

Other key players like Oculus CTO John Carmack, who spearheaded the development of Oculus’ mobile product, Gear VR, will continue focusing on mobile as part of Jon’s mobile VR team, while Oculus’ chief scientist Michael Abrash and VP of product Nate Mitchell will work under Iribe on the PC VR side.

This latest announcement comes just as Oculus rolled out its long-awaited Oculus Touch motion controllers for its Rift hardware earlier this month. Be sure to check out our Oculus Touch review, and we’ll be sure to continue to follow this story, as it develops. Stay tuned!