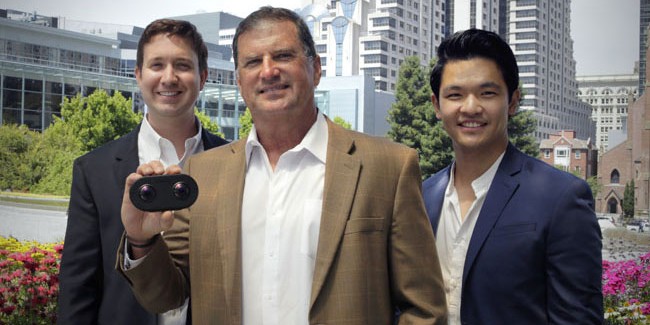 McCauley, whose previous experience includes designing the guitar and drum peripheral/hardware for the popular Guitar Hero video game franchise, was with Oculus early on leading the team that built and shipped the Rift DK1 and DK2 developer kits. He eventually left Oculus soon after Facebook acquired it for $2 billion in 2014. McCauley’s expertise is expected to play a key role in helping Lucid VR bring down manufacturing costs and meet the high global demand for its camera devices.

“We are very excited to welcome Jack to the team, as his experience ramping up Oculus and its product production will help us dramatically improve our manufacturing capabilities,” Lucid co-founder and CEO Han Jin expressed in a statement released by the company. “We built our initial supply chain to address the thousands of buyers, but demand has outstripped supply, and we are projecting millions of users worldwide. To properly scale to meet growing demand, we needed Jack because he possesses the experience, connections and know-how, and throughout his career, has proven he can address all possible scalability challenges.”

In regards to his newly appointed position, McCauley added: “I’m super excited to be joining the talented team at Lucid. Lucid has a great product with tremendous market potential. The industry incorrectly believed that 360-degree cameras were the way to go, but Lucid has simplified the user-generated content creation process with its VR180, a product that offers a revolutionary click-of-a-button system to capture content and its lightning quick processing time using a smartphone. LucidCam gives creators more time and greater freedom to create amazing 3D content.”

Currently, the LucidCam is available to order now for $499. The company also hinted that an upcoming new version of the LucidCam is in the works, although no further details were provided.