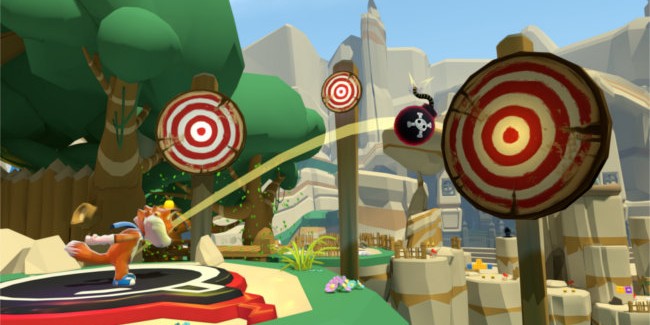 Yesterday, it was reported that a homebrew software called Revive made it possible for Oculus Rift exclusives like Lucky’s Tale and Oculus DreamHack to run on HTC Vive headsets. Well, it did not take long for the team at Oculus to respond with fair warning to those taking advantage of the plug-in that this patch will not work indefinitely.

In an official statement, Oculus affirmed its stance against the use of such programs, which the company labels as a “hack” and noted that users should expect future software updates to be pushed out in an effort to cease any exploits that likely violate the Oculus end-user agreement.

“This is a hack, and we don’t condone it. Users should expect that hacked games won’t work indefinitely, as regular software updates to games, apps, and our platform are likely to break hacked software,” Oculus stated.

It should come as no surprise that Oculus would not show much enthusiasm towards having its exclusive content unofficially modified to support rival hardware, especially while the company currently struggles to meet the demand for its Oculus Rift headset with some customers dealing with month-long delays for their pre-orders to finally arrive.

The creator of the “hack” plug-in seemed to have anticipated Oculus’ firm position on the matter and views it as justifiably appropriate. In response on Reddit following Oculus’ statement, CrossVR posted, “Seems like a perfectly fine reaction to me. Of course, they can’t condone it, that would mean they’d have to actively support the Revive project, which is completely outside of their control. But from that reaction it doesn’t seem they’ll actively try to prohibit it either.”

CrossVR further added to the belief that Oculus is worried that people may purchase games, expecting them to work on the Vive and only to be left disappointed when no kind of support is available or maintained in future SDK updates.

Regardless of the reasoning, Oculus is clearly standing behind its current company policy, whether some may agree with it or not.

Oculus’ Palmer Luckey Responds on Reddit to Criticism of Past Comments