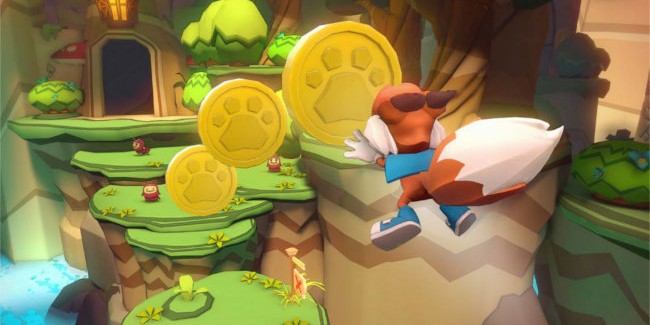 With the recent launch of the Oculus Rift a few weeks ago, consumers who purchased the $599 headset have a pretty strong lineup of exclusive titles to look forward to on the Oculus platform. However, a new third-party software is about to change that by making Oculus Rift games compatible to play on the HTC Vive headset, as well.

A programmer who goes by the Reddit username CrossVR has released the files of a homebrew software called Revive on Github, which currently enables two Oculus exclusive titles, Lucky’s Tale and the Oculus Dreamdeck to run on the HTC Vive. The software is described as a “proof-of-concept compatibility layer between the Oculus SDK and OpenVR”. Essentially, the code acts as a patch and modifies the application in a way that allows for cross-platform support.

“It works by reimplementing functions from the Oculus Runtime and translating them to OpenVR calls,” the developer explains on GitHub. “Unfortunately Oculus has implemented a Code Signing check on the Runtime DLLs, therefore the Revive DLLs cannot be used unless the application is patched.”

CrossVR also notes that it’s possible the software may work with other Oculus Rift games and demos, however that is still yet to be tested.

“It’s still early days for this project, since it’s only been in development for a few weeks,” CrossVR said. “In the future more games will be supported, but I’m glad to see such swift progress already.”

It will be interesting to see how Oculus responds to having its exclusive VR content unofficially ported to a rival platform. It’s probably a safe bet to expect Oculus will release a future firmware update to restrict this workaround.

“This is a hack, and we don’t condone it. Users should expect that hacked games won’t work indefinitely, as regular software updates to games, apps, and our platform are likely to break hacked software.”