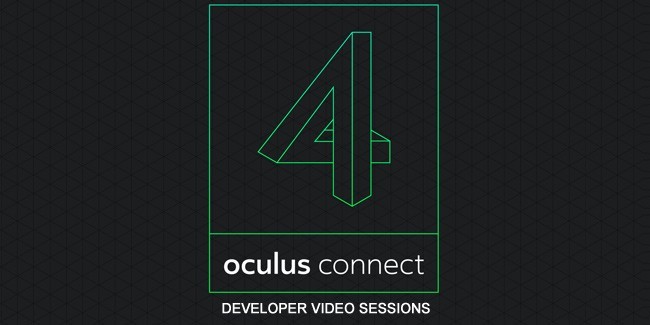 Oculus’ biggest annual event of the year, Oculus Connect 4, took place at the San Jose McEnery Convention Center earlier this month, which brought together developers, designers, and industry experts from around the world to discuss and share ideas on the latest in VR development and technology.

This year’s conference featured over 40 technical talks and workshops from more than 100 speakers. For those that did not make it to the big two-day event, Oculus has recently released a series of developer session videos online from OC4 that provides a ton of information and insight into developing immersive VR content and the future of virtual reality technology. See also: Oculus Connect 4 Developer Sessions – Part 1

‘A look into our improvements in scaling 360° media on Facebook as our audience grows, and exploring new ways for engaging people to not only consume, but create the content themselves through capture. Attendees will leave with a deep understanding of the challenges Facebook is solving in scaling 360° media and how to take advantage of these advancements for broad distribution and scale.’

‘This talk examines existing games available on Rift and Gear VR and discusses how they handle supporting multiple controller types. We’ll focus on design considerations, including various input paradigms that work on both platforms as well as those that don’t and why. We’ll also cover the engineering involved, looking at IK models and how they can be used to limit a 6DOF controller to 3DOF. Further, we’ll discuss (on a high level) how to build custom IK models to approximate 6DOF motion better depending on use case.’

‘The Rift SDK has just introduced a number of new powerful features for advanced VR rendering and composition. We’ll discuss each of these and what you need to know to use them.’

The Road to Shipping: Technical Postmortem for Robo Recall

‘Achieving high-end visuals while maintaining 90FPS for VR is a delicate balance and requires both deliberate technical decisions and bleeding-edge technology. This session will cover optimization techniques employed during the development of Robo Recall as well as the technical advances made in Unreal Engine 4 including huge upgrades to both the rendering and VR framework code. We’ll also take a look at the latest development roadmap to see what’s coming to developers in Unreal Engine 4.’

‘More than just a tutorial, First Contact is an endearing and engaging experience designed as a gateway to Oculus Touch. The Oculus Rex team will share lessons learned—what worked, and what didn’t—as they reimagined the possibilities of a VR NUX.’

VR Is for Everyone: Improving Accessibility Across the Metaverse

‘If we want to make VR available to everyone, accessibility needs to be at the center of the development process. Speakers from D.A.G.E.R. System and ILMxLAB will discuss best practices to create accessible content for more people around the world.’

Better with Friends: The First Year in Facebook Spaces

‘We learned a lot about social VR since launching Facebook spaces six months ago. Here, we’ll discuss some of our strategic decisions around new features, technical challenges, research findings, and our vision of what’s next for social VR.’

More Than a Music Video: When Animal Husbandry and Music Creation Converge in VR

‘This session will offer a sneak peak at a work in progress from VR pioneer/filmmaker Chris Milk of WITHIN and musician/filmmaker Damian Kulash of OK Go. Together, they’re building a joyful VR world in which interactions with magical animals generate fully composed songs—hopefully good songs. It’s a playful new paradigm for musical creation with the aim of allowing everyone, including those of us with no musical training or talent, to experience the alchemical joy of songwriting. Join us for a candid conversation with the two creators and a look into their process.’

Translating the Power of Cinema to VR

‘Casino VR Poker boasts healthy monetization, high daily retention, and lengthy engagement per player. In this session, the team will share their secrets for becoming one of the best performing free-to-play social applications on Gear VR.’

‘Creating 3D content in VR is better than doing it on a 2D monitor. That’s why we made Medium. As the tool continues to evolve, we’ve realized VR is also better for developing 3D data structures and algorithms. Being able to walk freely through a data set and use your hands to manipulate it in VR frees us from the cognitive overhead of translating from 2D back to 3D. This presentation will cover some surprising use cases, including code and design reviews in VR.’

‘We’re gathering VR developers from around the globe to share their experiences working within a community of developers to not only create immersive content, but inspire others to join in and support the world of VR.’

Solving for Locomotion in VR

‘A deep dive of our cutting-edge techniques and research into how locomotion can be made more comfortable in VR. Learn more about what we’ve prototyped, the theories behind our approaches, and avenues of further exploration.’

‘Join us for insights on VR game development from the founder of Baobab Studios, creators of Invasion! and Rainbow Crow. We’ll discuss the state of VR and what the future holds.’

Stay tuned to OVRnews for more coverage on the latest Oculus news and updates once they become available.