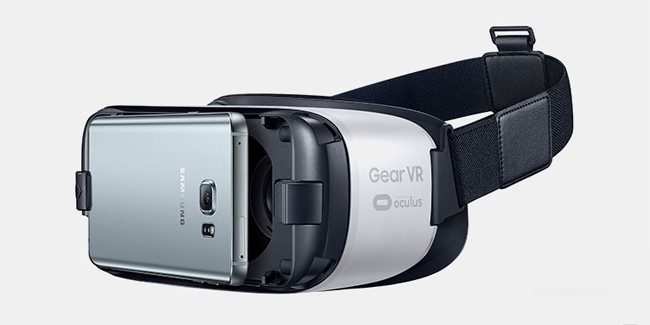 Oculus CTO John Carmack offered what he called a “eulogy” for the Gear VR on stage to attendees during his signature keynote at Oculus Connect 6 (OC6), calling Samsung’s mobile VR headset powered by Oculus, a missed opportunity.

“While the software is supported, the days are numbered. And I do think we missed an opportunity here,” said Carmack. “I invested a whole lot of effort into it and it’s the foundation that we’ve built all the mobile things off of. But looking back it’s clear we had huge unit volumes […] much larger than all our other headsets. And it had good reviews, people liked it. But it was not retentive.”

According to Carmack, the retention rate of the Gear VR was far lower than all the other VR headsets in the Oculus product lineup—which includes Quest, Rift S, Rift, and Go. And considering that Samsung is dropping Gear VR support from its latest Galaxy Note 10 series smartphones, it’s no surprise that this appears to be the end of the line.

Carmack detailed a number of the concerns and shortcomings that were raised early on about the Gear VR. One of the issues was that people would constantly worry about draining their smartphone’s battery whenever they wanted to use the headset, however, more importantly, Carmack points out that the bigger issue revolves around friction in getting into these immersive mobile VR experiences that essentially turn many people off—such as the inconvenient hassle of users having to deal with taking out their smartphones, removing cases, mounting and docking it properly into the headset, etc., all significantly contributed to the overall poor retention rate of the Gear VR platform.

Carmack referred to Google’s Daydream headset admitting that the holder was “a bit” better than compared to the Gear VR—noting that Google chose to sacrifice features like a touchpad or integrated IMU to make the process of placing a smartphone into the headset as simple and convenient as possible. “The lessons we learned from this is that it’s almost always better to trade things to make it easier and faster to get into the experience,” said Carmack.

Oculus has since taken these lessons learned from the Gear VR and has pushed beyond the idea and limitations of phone-powered headsets in favor of their own standalone VR devices, like the Go and Quest. The Oculus Quest especially is proving to be a great success as Facebook CEO, Mark Zuckerberg, noted during his keynote on day one of Oculus Connect 6 that Quest already is responsible for over 20% of the $100+ million spent in the Oculus Store.