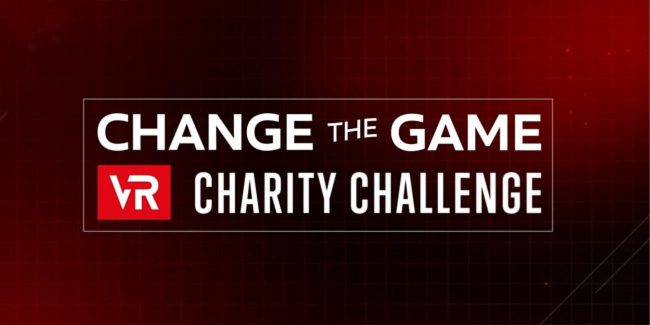 Oculus and ESL, the world’s largest esports company, are teaming up for the Change the Game VR Charity Challenge (VRCC) to help raise awareness for mental health and support veterans through the power of gaming.

Two teams of five influencers will compete head-to-head against each other for a prize of $100,000, which will be donated by the winning team to one of two gaming charities—Take This or Stack Up. Take This is a mental health nonprofit that provides mental health resources, guidelines, training, support, and more to the game community, while Stack Up is a nonprofit that supports and offers veterans a sense of community through a shared passion for video games.

The teams will compete in four Oculus VR games, including Keep Talking and Nobody Explodes, Dead and Buried, Creed: Rise to Glory, and Face Your Fears.

“VR is at the forefront of technology in esports and is poised to have an impact on the industry as we continue to innovate the space,” said Sean Charles, SVP Global Publisher & Developer Relations at ESL. “Through our partnership with Oculus, VRCC is a great way to leverage an impactful gaming trend to raise awareness and give back to the gaming community.”

“With the VRCC, we’re pioneering an entirely new type of game show that’s novel, exciting, and all for a good cause,” said Christopher McKelvy, Head of Esports at Oculus. “As a veteran myself, I’m particularly excited about the charities participating. While Take This and Stack Up may be competing in the VRCC, they’re both doing incredible work aiding veterans and removing stigma around mental health.”