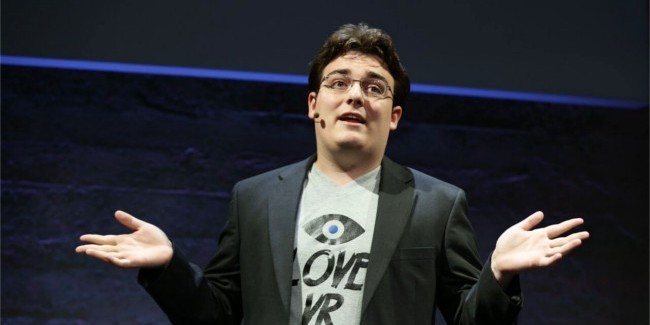 While game exclusivity on a platform is not uncommon to gamers, it’s a strategic business move made by publishers that doesn’t always sit well with many in the gaming community. Oculus was caught again in the middle of a heated debate regarding its approach to securing “exclusivity” rights to game properties to boost its library of content for the Rift.

Yesterday, Mario Kotlar, a developer of the Serious Sam VR studio Croteam, spoke out against game exclusivity via Reddit and alleged his studio turned down a substantial offer by Oculus for the rights to their game, Serious Sam VR: The Last Hope, which sparked an overwhelming response from the VR community in support of the developers’ stance against such a deal.

“They tried to buy Serious Sam VR as well. It wasn’t easy, but we turned down a s***ton of money, as we believe that truly good games will sell by themselves and make profit in the long run regardless. And also because we hate exclusives as much as you do,” said Kotlar.

Many on Reddit reacted to the post with a sense of fury against Oculus for such tactics, particularly since Oculus CEO Brendan Iribe once told Gamasutra in an interview last year in August, “Oculus Studios is not out to buy exclusivity; they’re out to fund full games for the Rift.”

A few hours later, in a comment following up on Kotlar’s initial statement, Croteam CTO Alen Ladavac attempted to clear things up in an effort to set the record straight on what actually transpired. Ladavac goes on to say:

“Ok, Mario, you’ve had fun here, now let’s get serious. I want to clarify some of the inaccuracies about our relationship with Oculus. Oculus did approach us with an offer to help fund the completion of Serious Sam VR: The Last Hope in exchange for launching first on the Oculus Store and keeping it time-limited exclusive. Their offer was to help us accelerate development of our game, with the expectation that it would eventually support all PC VR platforms. We looked at the offer and decided it wasn’t right for our team. At no time did Oculus ask for, or did we discuss total exclusivity or buyout of support from Vive. We look forward to supporting Rift and Vive.”

While some will still view a timed exclusive as a bad idea regardless of the facts, it is certainly a preferable alternative to a full exclusive that can alienate a large portion of gamers on other platforms.

Oculus has since provided a statement of its own following the whole debate, stating:

“We regularly offer developers financial grants to help fund early development of new titles to accelerate development or expand the scope of the game. In some cases, we exchange funding in return for launching on the Oculus Store first, with the expectation that the game will go on to launch on other platforms. In the case of Croteam, at no time did we request that they stop development for other platforms, and we look forward to seeing Serious Sam be successful across the entire VR ecosystem.“

For people who are firmly against any form of exclusivity deal, this statement may not appease them. However, it does at the very least shed some light on the situation, rather than how it was initially portrayed to trigger this firestorm against Oculus.

Depending on what side of the fence you’re on there will be differences of opinion on this issue. There is no question that Oculus will continue to invest heavily into developer studios that may need additional funding to bring their VR games to life. Not every studio is a AAA, and in many cases having a financial partner is a crucial component in the overall development process to improve upon a game as it prepares for release.

While it’s not likely will see an end to timed or even full exclusivity deals in exchange for financial backing anytime soon, the good thing is we at least know studios out there are being well-funded to get the necessary capital they need to deliver great content. That in itself should be considered a win for the industry.