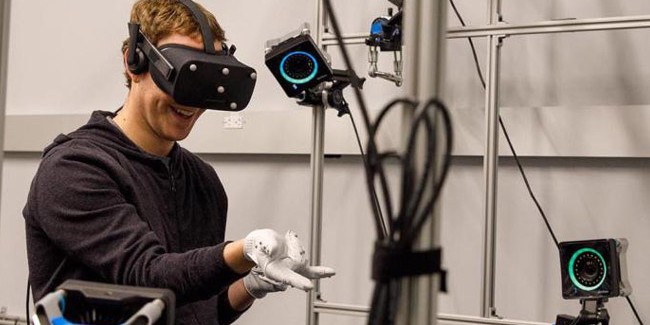 A new patent application filed by Oculus could someday allow Rift users to experience more accurate tactile feedback with a new kind of VR hand controller when inside immersive applications.

According to Oculus’ patent application summary, the technology of the system utilizes anisotropic weaves of materials, which vary in rigidity depending on the portion of the user’s body the material is covering.

So for example, a user’s hand that has a relatively large range of motion would be comprised of a softer woven material, whereas an area of the body like the forearm may be covered in a material that is a bit stiffer. Using different material stiffness for various portions of control will allow a user to more easily move parts of their body, while force feedback through actuators in the stiffer portions will also provide an enhanced sense of “feel” in VR.

While the Oculus Touch motion controller is the company’s current solution for bringing hand presence into VR, the concept of a new advanced form of VR input, like a pair of gloves, could offer tremendous potential for how we experience the virtual world. By making it feel as though you are actually touching, interacting, and manipulating objects in virtual reality, the sense of immersion in the VR experience could be quite a significant leap forward.

Recently, Facebook CEO Mark Zuckerberg teased images of a prototype VR glove in the works during his visit to the Oculus Research lab. Perhaps, the new patent offers a further glimpse into a more advanced form of hand-tracking technology that the Oculus team is working on developing for the Oculus platform. We’ll just have to wait and see.