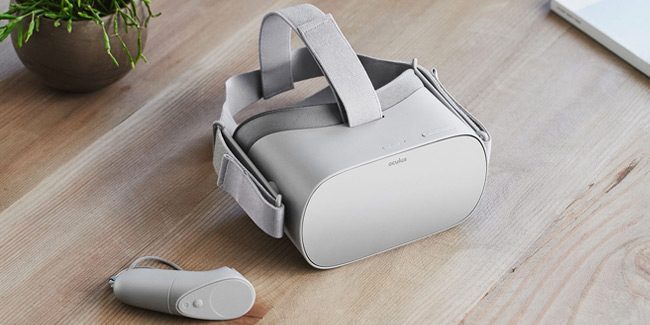 Oculus has just recently announced that its Oculus Go standalone headset is now available for pre-order through Oculus retail partners in the EU and the UK, with shipping and in-store availability scheduled to take place later this month on June 26th, 2018.

Beginning June 26th, residents of the UK, France, Germany, Netherlands, and Switzerland will be able to purchase the Oculus Go from local retail outlets in two versions—either the 32GB base model or 64 GB version priced at €220/£200 or €270/£250, respectively.

Aside from being able to order the Oculus Go directly through the Oculus website, UK and European residents looking to get an Oculus Go headset can now place their pre-orders through UK/EU retailers, such as Argos, Dixons (including Currys, and PC World), Amazon, and Shop Direct in the UK; Amazon, FNAC/Darty in France; CoolBlue in the Netherlands; Digitec in Switzerland; and Alternate, Amazon, MediaMarkt, and Saturn in Germany.

Details and availability may vary, so UK and EU residents should check with their local retailer for more information.