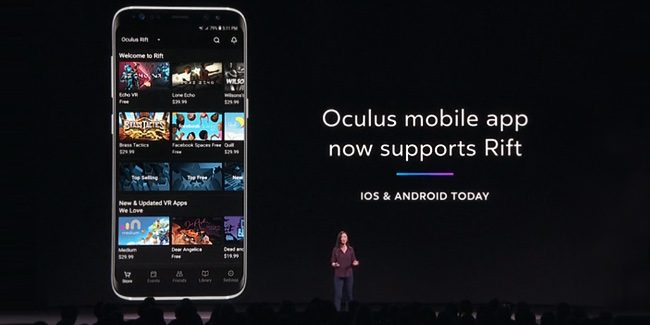 During today’s Oculus Connect 5 developer conference, the company announced that it’s Oculus mobile app for iOS and Android will now support the Oculus Rift, allowing users to browse the desktop store, connect with friends, discover events, and remote install games and apps directly to their PC.

Previously the Oculus mobile app was only designed to work with the $199 Oculus Go standalone headset, so now that Oculus Rift users can take advantage of the app it is a much-welcomed feature that will allow users to get the most out of their Rift experience while they are away from their PC-based headset.

The update to the Oculus mobile app is available starting today and offers both Oculus Rift and Oculus Go users a great way to stay connected with friends in VR, as well as makes it easier than ever to browse, purchase, and download experiences on the Oculus Store right from the convenience of your own smartphone device.