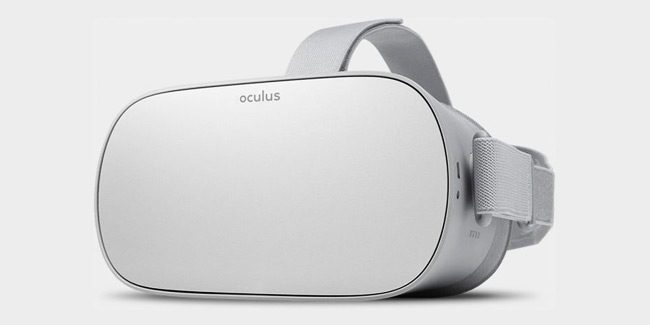 Canadian and European residents have been able to order Oculus’ all-in-one standalone VR headset, the Oculus Go, directly through the Oculus website since it launched early last month, but the company has now announced that the Oculus Go is officially available for purchase online and at more than 300 stores across Europe, the UK, and Canada.

There are two models of the Oculus Go available, one with 32GB of onboard storage and another with 64GB. Both are powered by a Qualcomm Snapdragon 821 chipset and use a 2,560×1,440 (538 PPI) ‘fast-switch’ LCD resolution display. It also comes with a single 3DoF motion controller, built-in spatial audio, and an integrated microphone allowing for an immersive mobile VR experience right out of the box.

The Oculus Go has a starting price of £199/€219/$270 CAD) and is available at the following participating retailers:

“With Oculus Go available online and in retail stores across more countries, it’s easier than ever for people to enjoy all that standalone VR has to offer,” Oculus stated in a blog post. “From the convenient entertainment of Oculus TV and the intimacy of a VIP performance in MelodyVR to games like RUSH, Virtual Virtual Reality, and more, there’s something for every taste.”

Oculus also announced earlier this week the official launch of Oculus TV, its dedicated hub for watching live and on-demand streaming video content in virtual reality on the Oculus Go.