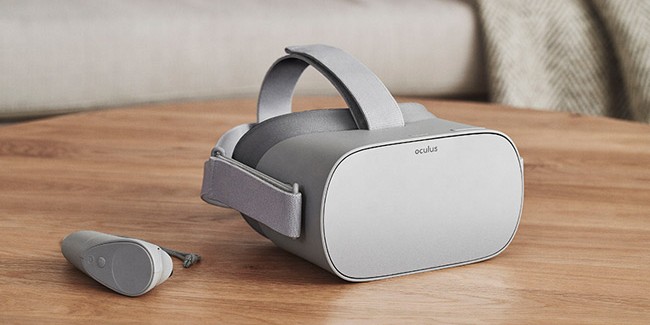 During Oculus’ headline session at GDC 2018 in San Francisco, the company revealed that its upcoming standalone VR headset, Oculus Go, will support a refresh rate of up to 72Hz and will make use of Fixed Foveated Rendering for improved performance.

Unlike the normal 60Hz refresh rate seen with the smartphone-based Samsung Gear VR, the Oculus Go will allow developers the option to run the display at 72Hz if their application can make use of it. By doing so, it is said that the bump up in refresh rate will ensure a noticeably brighter picture without causing “perceptible flicker”, as well as an improvement in visual quality for more vivid and warmer colors. While it’s still below the ideal 90Hz refresh rate seen with the PC-tethered Oculus Rift, Oculus’ internal testing has found that 72Hz for a mobile VR device is an acceptable sweet spot for most users.

“Typically, high frame rates for VR devices are associated with lowering latency, particularly when it comes to positional tracking,” the company stated in a blog post. “Oculus Go is not a positionally tracked device, and though lower head-tracking latency is comfortable, it is not the primary reason to run at 72Hz. Rather, the purpose of this mode is to improve the visual quality of the display.”

When it comes to Fixed Foveated Rendering, the Oculus team worked closely with its hardware partner Qualcomm, to enable this technology to deliver optimal results on Oculus Go. Essentially, Fixed Foveated Rendering allows the edges of the eye texture to be rendered at a lower resolution than the center, which as a result produces a significant boost in GPU performance by rendering sharply only the portion of the scene that your vision is centered on.

“Because fewer total pixels need to be shaded, FFR can produce a significant improvement in GPU fill performance,” Oculus wrote. “Using FFR, many apps can dramatically increase the resolution of the eye texture that they render to on Oculus Go, improving the final image. Complex fragment shaders also benefit from this form of multi-resolution rendering. Note that unlike some other forms of foveation technologies, Oculus Go’s Fixed Foveation system is not based on eye-tracking. The high-resolution pixels are ‘fixed’ in the center of the eye texture.”

In addition, Oculus introduced a “Dynamic Throttling” system, which is a feature that will constantly monitor the GPU and CPU and dynamically adjust the clock speed up or down as necessary to maintain and maximize performance. Oculus says when this feature is combined with Fixed Foveated Rendering, it can unlock a new level of performance on Oculus Go, which can help to further improve the efficiency and visual quality of an application.

The Oculus Go standalone virtual reality headset is set to release in the coming weeks ahead for just $199.