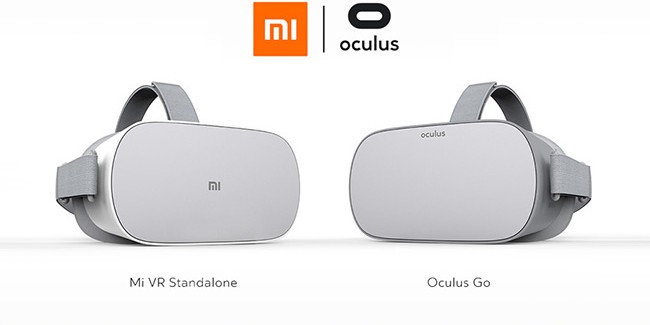 In a surprise announcement during Qualcomm’s CES 2018 press conference on Monday, Hugo Barra, VP of VR at Facebook, announced that Oculus has partnered with Xiaomi to manufacture its upcoming standalone VR headset, Oculus Go, in addition to a new product designed specifically for the Chinese market called Xiaomi Mi VR Standalone.

The Oculus Go and Mi VR Standalone headsets are essentially identical in hardware and form factor. Both headsets will be powered by the Qualcomm Snapdragon 821 Mobile VR Platform, as well as feature a 2K high-resolution fast-switch LCD display with next-generation lenses, and integrated spatial audio technology developed by Oculus.

Oculus says they have worked closely with Qualcomm Technologies in an effort to deliver the highest possible level of performance and power efficiency necessary to meet the high computing demands of a standalone VR product.

The headsets will also both support the Oculus Mobile SDK to build VR experiences, which will enable Oculus developers to easily bring their content to the Mi VR platform in China. According to Xiaomi, the company is already working with developers to localize some of the most popular games, videos, and apps from the Oculus store and bring it to the Mi VR Store, allowing for Chinese consumers to access high-quality mobile VR content.

“We are excited to work with Oculus on these standalone devices that exceed expectations in terms of performance at a very attractive price,” Tang Mu, VP of Mi Ecosystem and head of Mi Lab said. “Through our collaboration with Oculus, we have integrated world-class technologies and craftsmanship to produce a VR standalone that lets people immerse themselves in another world without being connected to smartphones or computers.”

No other details on when Xiaomi’s version will ship or how much it will cost. The Oculus Go is said to be released sometime early this year and would sell for as low as $199.