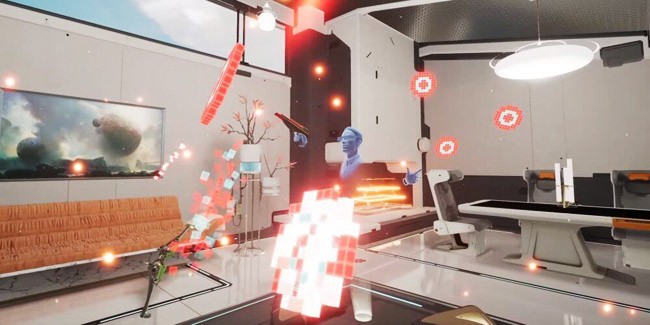 At its ‘Inside Oculus 2018’ session at GDC 2018 on Wednesday in San Francisco, Oculus revealed that a number of long-awaited social features are finally coming to Oculus Home, including the ability for users to create their own content that can be used to customize their Home space.

The new Oculus Home first launched as part of the Rift Core 2.0 beta back in December, however, the update only supported asynchronous social interactions, which basically means that you can visit and interact with a friend’s Home space and they can do the same, but you’re limited by not being able to share presence in the same Home in real-time to interact with each other. That is all set to change once Oculus rolls out its newest social feature across the platform in the months ahead. The update will allow users to create party groups so they could join and invite friends to hang out in Home, as well as launch games and applications in sync with friends to play in VR together.

As for user-generated content, this will allow Rift owners to customize their Home in entirely new, creative ways that go beyond just slapping together pre-existing items from the inventory. Users will be able to import custom objects using the GLB file format, and there will also be an in-VR tool for creating items and importing them into Home.

These new social and content creation features for Oculus Home are expected to arrive sometime in summer 2018.