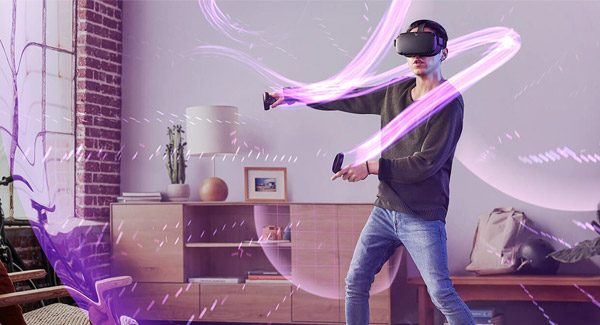 Oculus has announced plans to attend this year’s Game Developers Conference (GDC), PAX East, and the Electronic Entertainment Expo (E3), where the company will showcase its latest games and hardware—including the highly-anticipated Oculus Quest set to launch later this Spring 2019.

While there is no official release date yet for the Oculus Quest, there have been speculations that an announcement may likely happen during Facebook’s F8 conference 2019, similar to the way the company did for Oculus Go the year before. In leading up to the launch of Oculus Quest, the company will offer hands-on Quest demos at GDC 2019, March 18-22 at San Francisco’s Moscone Center, and PAX East in Boston March 28–31.

According to a company blog post, Oculus’ Head of VR at Oculus, Nate Mitchell teased that we can expect some surprises in store at the upcoming events—including public demos of a new adventure game from Turtle Rock Studios, the developer behind Face Your Fears and The Well.

“With Oculus Quest and much more on the horizon, expect more of that same magic we all felt in the beginning,” says Mitchell. “I’ve been getting some time in with the games we’re bringing to GDC and PAX East, like the latest from Turtle Rock Studios. It reminds me of playing Zelda back when I was a kid—that sense of awe and wonder and larger-than-life adventure.”

As for E3 2019, which takes place June 11-3 in Los Angeles, will mark the first time in two years that Oculus returns to arguably the biggest gaming trade show event of the year. So far, no specific details were shared, however, the company did promise some hands-on time with the latest from Oculus Studios—the newly announced action-adventure game with RPG elements, Asgard’s Wrath from Sanzaru Games.