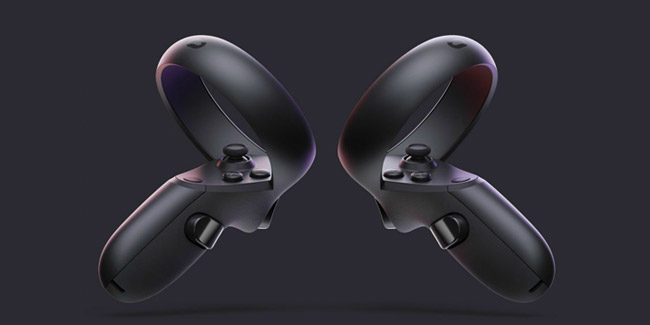 The Oculus Quest standalone headset is one step closer to its major launch later this Spring, following new filings passed by the FCC for the headset’s touch controllers, as first reported by Road to VR.

While the Oculus Quest is not specifically mentioned in any of the FCC filings, the silhouetted image of the Touch controller in the document is clearly recognized as the new Touch controllers for Quest, simply by the tracking ring’s reversed placement, so that it encircles above the hand instead of below as compared to Touch for Rift.

The right and left controllers identified as 2AGOZ-XH01 (model MI-BR) and 2AGOZ-XH02 (model MI-BL), respectively, according to the FCC filings report, both utilize a 2.4 GHz wireless radio frequency. Previous reports confirmed that the Quest standalone headset would also include 2.4GHz & 5GHz WiFi, as well as Bluetooth support.

Now that both the Quest controllers and headset appear to have passed the FCC certification, we are one step closer to its official consumer launch later this Spring, however, no specific release date has been revealed yet. Stay tuned!