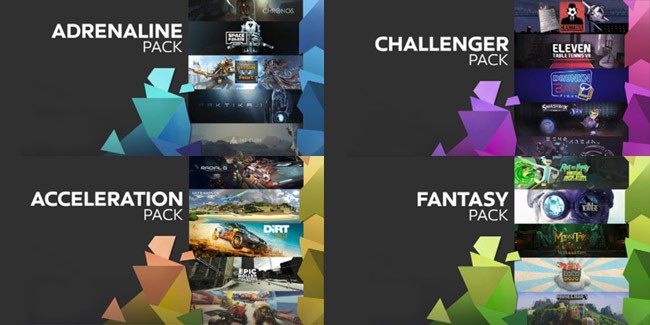 If you’re looking to add some new Rift games to your growing VR library, then now is a great time to take advantage of Oculus’ latest game bundle deals. The company has just recently announced that now running through March 9th, you can save up to 25% on four action-packed game bundles for the Rift on the Oculus Store priced from $54.99 up to $99.99.

Each bundle pack features five great titles and is split into four different themes to suit your taste—the ‘Adrenaline’ Pack, the ‘Acceleration’ Pack, the ‘Fantasy’ Pack, and the ‘Challenger’ Pack. These packs include some of Oculus’ popular exclusive titles like ARKTIKA.1, Chronos, and Edge of Nowhere, as well as various other VR games like Radial-G: Racing Revolved, Ultrawings, and Smashbox Arena. Also, if you already own one of the games in a bundle, don’t worry, the price will automatically adjust based on any games you may already own in your library.

Each of the four packs contain the following titles:

This deal ends at 9:59 am PT on March 9th, so you have plenty of time to take advantage of this offer. In addition, Oculus is offering free-to-play weekends throughout the month, so you can try some new games before you buy.