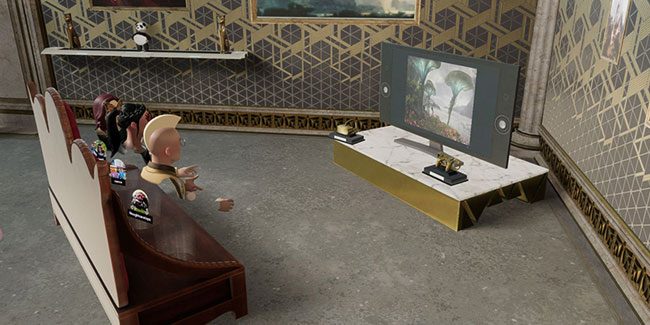 Oculus has announced that its first platform update of the year is rolling out to its Public Test channel, bringing improved multiplayer functionality and new social features for Oculus Rift, including a Public Home beta and support for Facebook Livestreaming.

With the release of the Rift 1.34 update, the new Public Homes beta feature allows users to not only invite friends to visit their customized virtual space in Oculus Home, but now opens it up to the rest of the Rift community simply by setting their Home to ‘Public’. Oculus says there will also be a rotating list of recommendations Homes under the ‘Places’ tab for users to visit, and potentially, discover new friends who share the same interests.

And of course, this new feature also comes with a variety of safety and privacy tools designed to ensure everyone is safe. “As host, you have full control over the guest list: you can accept or decline any request to see your place, and you can disable the ‘Public’ option at any time,” Oculus stated in an official blog post. “You can also report abusive behavior, mute visitors, and more, from inside the Rift headset.”

As for Facebook Livestreaming, this feature is available on Rift and will allow users to broadcast their VR experiences from their headset to friends, family, and the world in real-time. It is up to developers to decide whether or not they include the feature, but Oculus says that there are “hundreds” of titles already available for broadcast, including Dead & Buried, Echo VR, and VR Sports Challenge.

Below are the full change notes for the Rift version 1.34:

If you’re participating in Oculus’ Public Test channel, the company encourages all users to share their feedback and suggestions through the Rift Core UserVoice Group. A broader rollout of this update is planned for later this month.