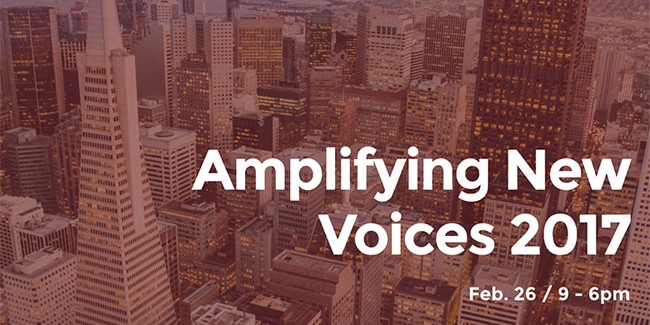 Oculus and the Diversity in Gaming coalition have announced that Amplifying New Voices, a program that aims to inspire and hone the skills of up-and-coming developers from diverse backgrounds to make their voices heard in the games and VR/AR industry is back again for the second year in a row.

In the announcement, Oculus has also issued a last call to remind everyone that the deadline to submit your application or to nominate someone else for this year’s ANV workshop is January 20th, 2017.

Participants attending the Amplifying New Voices program will experience a full-day workshop of intensive hands-on training and work closely with professional coaches to help them learn invaluable skills like presentation, public relations, and public speaking to embolden them to become creative leaders within the industry.

According to the official guidelines, in order to be eligible to participate in the ANV workshop, you will need to meet the following criteria:

The Amplifying New Voices program will take place on February 26th in San Francisco, and is being held in conjunction with the Game Developers Conference (GDC) 2017. Amplifying New Voices is also providing each attendee with a complimentary GDC pass and travel stipend that can be applied towards flight and hotel accommodation.

To attend the workshop or if you have someone great in mind to nominate, go to AmplifyingNewVoices2017.com. Applicants and nominees selected will be notified of their acceptance on January 23, 2017.