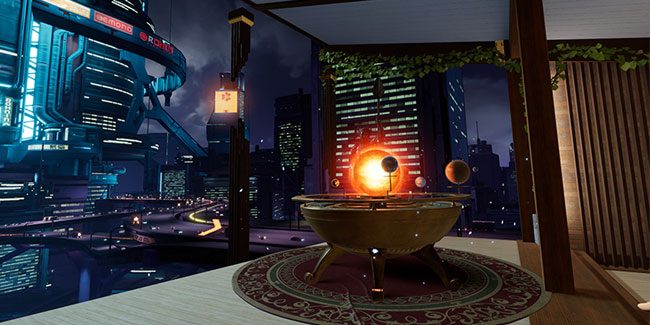 This year’s Oculus Connect developer conference (OC5) was full of hardware, software, and exciting game announcements, including the highly-anticipated Oculus Quest standalone headset. The company also revealed after months of development, Rift Core 2.0 system platform, is now officially out of beta, and rolling out to all Rift users in early October.

For those, that don’t want to wait, you can access the new Rift platform through the Public Test Channel starting today. The new and updated Oculus Home via the Rift Core 2.0 update, featuring Dash, delivers a wide range of performance improvements and enhanced social and customization tools.

Oculus Home has been revamped from the ground up with improved dynamic lighting and physically-based rendering to make the visual quality of Home stand out and much more immersive than ever, while also ensuring an optimal level of performance and overall smooth experience when running on minimum spec Oculus-Ready PC’s.

There are now hundreds of themed items and environments available for users to customize their space in Oculus Home, including a new tropical modern theme and summer decorations. Users can also import their own 3D models and objects to decorate their space, as well as import models with skinned animations to bring their space to life.

On top of that, developers will be able to release custom assets from their games for use in Home—such as animated objects, sculptures, trophies, and avatar clothing that can be unlocked by users completing in-game achievements. So far, as of today, eight titles support achievement objects, including Arizona Sunshine, Brass Tactics, Echo VR, Lone Echo, Job Simulator, Moss, OrbusVR, and SUPERHOT VR.

Up to eight friends can simultaneously hangout in Oculus Home for a much more social experience, and avatars will be getting much more expressive later this year too, with new features like simulated eyes and mouth movement, as well as subtle micro-expressions for a much more natural and immersive social interaction with others. Oculus says developers will get access to the new Expressive Avatars via the Avatar software development kit later this year.

As for Dash, major improvements and refinements have been made, allowing users to have more control over Rift and their virtual desktop from anywhere in VR. Some new features include a glanceable clock, adjustable sound, and checking the controller battery all directly on the belt. It’s also easier to manage and organize multiple windows.

Hybrid Apps are another exciting feature coming to the platform, which will essentially allow users to use traditional desktop applications in VR. For example, with Hybrid App support, a user can seamlessly move from using a 2D painting program on the PC, and then put on a Rift and start manipulating their work in a virtual environment. This is still in early stages of development, so there are no further details on when we can expect this feature to be available.

The new Rift platform is available now via Oculus’ Public Test Channel and will roll out to everyone in the Rift community early next month.