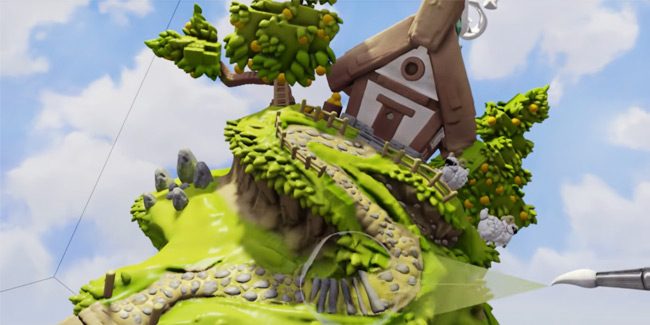 The Oculus Medium 2.0 update delivers on many of the community’s feedback and most frequently requested core sculpting features, like increased layer limit, grid-snapping, and multiple lights. There is also the addition of a new file management system, scene graph, and a revamped UI for faster and more intuitive navigation to help artists focus more time on their creative workflow and production. Plus, thanks to a new Vulkan-based rendering engine, the company promises improved and smoother performance when dealing with large and high-resolution sculpt projects.

“I’m super excited for this release because we’ve added a lot of features our community have been asking for—more flexible scene management, better memory and performance, and more sculpting precision, just to name a few of the larger themes of this release,” says Technical Art Director Lydia Choy in a blog post statement. “Lots of our underlying systems have been rearchitected, which sets us up to build some powerful features in future releases as well.”

Having introduced support for importing user-generated content to decorate Oculus Home in Rift Core 2.0 earlier this month, the new Medium 2.0 update also now allows users to export sculpts created in virtual reality directly into their Home inventory, allowing the process to bring their personal creations into Oculus Home to be simple and seamless.

In addition, Oculus says that it is launching new Medium tutorials as part of the 2.0 update to help users get a hang of the new tools like ‘Layer Resolution Visualization’ and the new ‘Elastic Move’ tool.

It’s also worth noting in order to take advantage of the new features in Oculus Medium 2.0, the app requires Windows 10 as part of the company’s newly updated minimum and recommended specs for the Oculus Rift.