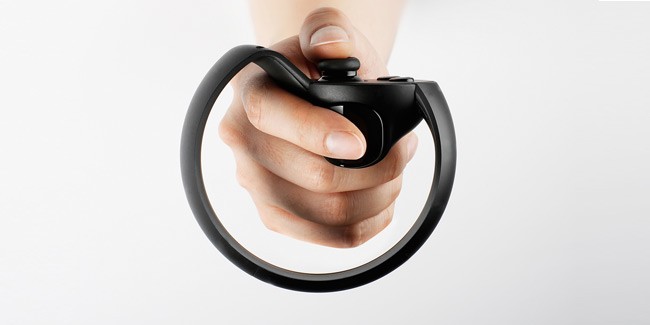 While the Oculus Touch controllers are designed to endure countless hours of gameplay in VR with its superior quality, it doesn’t necessarily mean that it is unbreakable. In case you somehow manage to damage one of your controllers during an intense VR gaming session, you’ll be glad to know that Oculus now allows you to purchase a replacement.

Oculus has started selling replacement Touch controllers, for the left and right hand, through the company’s website at a retail price of $69. For the price, you get a single touch controller and one AA battery. Whereas for $99, you can get both Touch controllers, an extra Oculus sensor, and a Rock Band guitar connector in the package.

By offering single units of the Touch controller, Oculus can now provide existing Rift owners who may already have a pair of Touch controllers, with a convenient option to replace a broken one without having to re-purchase the entire full set. Although, for an extra $30, it does seem to justify the slightly higher cost of having an extra controller and another additional sensor laying around.

The majority of immersive content in the Oculus store is developed to take full advantage of two Touch motion controllers and require at least two Oculus sensors—which are not included with the purchase of an individual controller. So, keep in mind that if you are considering to buy a left or right Touch controller separately, you should do so only if you need a single replacement for your current setup.

For those in the market looking to get a new Oculus Rift headset, then you won’t need to worry because each Rift bundle package already comes with everything you need, including a pair of Touch controllers right in the box.